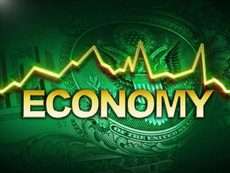 Fiscal Responsibility and Debt Limitation Act: Ten years on; where does Pakistan stand

Fiscal Responsibility and Debt Limitation Act: Ten years on; where does Pakistan stand

The question of debt has been around for some time. The importance of debt towards economic growth, monetary and financial stability has received great attention after the onset of the global financial crisis.

Moreover, researchers at the International Monetary Fund (IMF) and Bank for International Settlements have consistently been producing volumes of research that have analysed the dynamics of all forms of debt – domestic, public and sovereign debt. Studies have overall, made an attempt to understand the role of debt in the financial system, the threshold level after which debt begins to hurt the economy and the prospective paths that public debt can take in advanced economies with increasing age related spending.

Research has also focused and emphasised on the importance of central banks and the role they can play in dealing with the global debt problem.

In this scenario, debt is as much a problem for advanced economies as it is for the developing world. It has been a decade since the ‘Fiscal Responsibility and Debt Limitation Act (FRDL)’ received the assent of the Pakistan president on June 13, 2005.

The bill laid out three important principles of sound fiscal and debt management. Firstly, to reduce the revenue deficit to nil by June 2008 and thereafter maintain a revenue surplus. Secondly, placing a cap on total public debt; it should not exceed 60% of the estimated gross domestic product that year. Thirdly, to ensure that in every financial year from July 2003 to June 2013, total public debt is reduced by not less than 2.5 percent of the estimated gross domestic product that year. How has Pakistan fared over the years in implementing this Act?

In terms of calculating the public debt to GDP ratios, let us first look at how debt is measured. Total debt and liabilities has been defined as an aggregate of domestic and external debt of different entities in the economic system which includes private sector, government and government entities like public sector enterprises. Of this, public debt is comprised of debt which exclusively belongs to the government, namely government domestic and external debt, debt from the IMF and external liabilities. Evaluating public debt in the background of the limit placed on it by the FRDL Act, public debt to GDP ratio has exceeded the subscribed limit of 60%. The ratio has been exceeding the prescribed limit since FY10. For the past decade (FY06-FY15), the average ratio stands at 62% and latest figures reveal it to be at 65% of GDP.

Although public debt has been on a declining path since FY13, it has seen a varied trajectory and has increased by as high as 4 percent of GDP in FY12. Delving into the individual components of public debt reveals that domestic debt has the highest share (standing at 68.8 percent in FY15) and has progressively increased over the years. Government has increasingly relied on the banking system using market treasury bills as a tool to raise funds.

Like other acts of law, the principles of sound fiscal management as laid out by the FRDL has been given the status more of a theoretical framework rather than actual implementation.

Consistent implementation on sound principles of fiscal and debt management would not only reap rewards now but for generations to come. It is crucial for Pakistan to move towards actual implementation and not just discuss measures that make for good statements.

The writer is an economist and ex-central banker