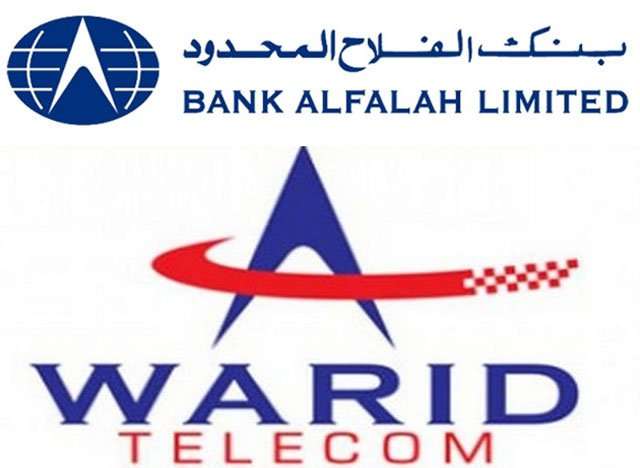 LATE last month, the parent companies of two of the country’s four cellular service providers announced an agreement where the bigger of the two Pakistani telecom firms will acquire the other in a share-swap deal.

Competition concerns aside, if the proposed deal goes through, VimpleCom’s Mobilink will acquire 100pc shares of the Dhabi Group’s Warid Telecom, with the Middle Eastern firm ending up with a 15pc stake in the combined entity.

In this scenario, banking sector analysts expect Bank Alfalah (BAFL) to realise a decent one-off gain from the transaction. BAFL, which is also a subsidiary of the Dhabi Group, has an 8.76pc stake (319m shares) in Warid.

“BAFL acquired a 26pc stake in Warid Telecom in 2004. In 2007, [Singapore’s] Singtel agreed to acquire a 30pc stake in Warid for $758m; part of [these shares] came from BAFL, enabling it to realise sizable pre-tax capital gains of Rs2.05bn and leaving it with an 8.76pc stake in [the telecom firm],” wrote Abdul Ghani Fatani, an analyst at InterMarket Securities in a recent research note.

The bank’s original investment in Warid was said to have cost it Rs4.3bn, which it subsequently provisioned for and ultimately marked down to zero.

Fatani said it remained to be seen whether, following the deal, the bank would subsequently reverse its provisions (thus leading to a one-off positive impact on its profit-and-loss account) or record its expected 1.3pc stake in the merged entity directly as equity on its balance sheet. The deal is expected to be completed in six months, assuming regulatory approvals.

Financial performance: The bank has had a distinctly profitable three quarters of the year (9MCY15).

BAFL posted an unconsolidated after-tax profit of Rs6.04bn, up a hefty 50.6pc from Rs4.02bn in 9MCY14. Its basic earnings-per-share worked out at Rs3.8 against last year’s Rs2.92. The bank did not declare any dividend for the latest period.

The bank’s original investment in Warid was said to have cost it Rs4.3bn, which it subsequently provisioned for and ultimately marked down to zero

Meanwhile, the bank’s pre-tax performance was more pronounced, as its profit-before-tax jumped almost 68pc to Rs10.3bn. Its total tax bill for the period came out to Rs4.24bn, almost double of what it had paid in 9MCY14, as the government introduced a one-time ‘super tax’ as well as other changes in the taxation regime for banks in the FY16 budget.

BAFL’s interest income grew 16pc to Rs46.2bn, mainly owing to the steady stream of earnings from its sizable holding of government papers. It had a cumulative Rs216.1bn invested in Pakistan Investment Bonds by end-September, against Rs183.8bn by December 2014. Similarly, its holdings of Treasury bills went up to Rs68.3bn from 61.5bn.

Yet, BAFL’s loan booked grew by a much lower 4pc and reached Rs302.1bn during the same period. Perhaps more worryingly, according to a presentation by the bank, the highest share of its advances — 39pc — were concentrated in the oil and gas sector, with the also-troubled textile sector a distant second at 11pc.

With oil prices hitting six-year lows last week, it remains to be seen to what extent BAFL’s creditors in the sector will be affected. The bank tried to assuage investors’ concerns by reporting that its coverage ratio had improved to 80pc from 70pc at the start of the year.

On the other hand, the bank’s interest expenses went up by a marginal 2.5pc to Rs25bn, mainly as a result of a shift in its deposit mix towards current and savings accounts (Casa) as well as continued monetary easing, which lowered the industry’s deposit costs. The bank said its cost of deposits had dropped to 3.5pc by the third quarter from 4.9pc in the first quarter.

However, in a departure from industry trend, the bank’s total deposit base shrank 3.3pc to almost Rs586bn by end-September, mainly owing to a big 11.6pc drop in its high-cost fixed deposits, which fell to Rs135.6bn. But the bank’s current accounts also went down to Rs213.3bn from Rs215.5bn.

“Bank Alfalah has been aggressively strategising to increase its share of industry deposits, currently at 7.3pc. It recently implemented a smart neighbourhood branch model to ensure the right mix of residential and semi-commercial areas, catering to the needs of both market segments,” noted Arif Habib Securities analyst Shiraz H. Zaidi.

But it remains to be seen when the bank’s aggressive branch expansion strategy will start bearing fruit; BAFL said it added 74 new branches to its network till September.

Meanwhile, InterMarket Securities analysts noted that “unlike the larger banks that are witnessing sequentially lower net interest incomes, BAFL is still experiencing a re-pricing of its liabilities, which is enabling it to outperform [the larger banks] on a core basis”.

The BAFL stock has had a rough run this year like its banking peers, and closed last Thursday at Rs29.85 a share, down 14.4pc year-to-date.