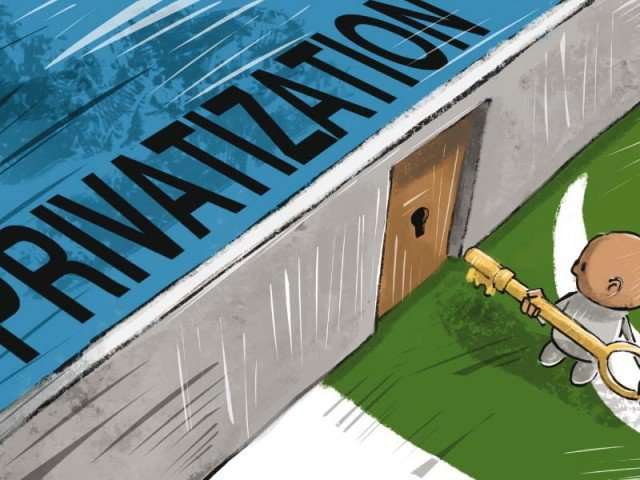 ISLAMABAD, May 12 (Reuters) – Pakistan plans to privatise three of its top-performing power distribution companies next year, officials said Tuesday, part of a wider program of privatisations aimed at improving the Pakistani economy.

Privatising the power companies will not be a simple process. The government sells electricity for less than it costs to produce it. Because subsidies go unpaid, companies cannot buy fuel. That so-called “circular debt” is more than $6 billion, or two percent of GDP.

“There are many things that need to be fixed before any (distribution company) can go into private hands,” said Mohammad Zubair, the chairman of Pakistan’s Privatisation Commission. “We cannot afford the risk of a utility failing.”

The plans call for distribution to be privatised first in Faisalabad, Pakistan’s third-largest city, followed by the provincial capital of Lahore and the federal capital of Islamabad, Zubair said.

Reform is desperately needed. Daily power cuts lasting an average of eight hours have crippled the economy of Pakistan, a nuclear-armed nation of 180 million people plagued by poverty, militancy and crime.

The International Monetary Fund, which is about halfway through a $6.6 billion package to bolster Pakistan’s finances, is encouraging a government drive to privatise loss-making state enterprises. A stake in Habib Bank Limited (HBL.KA) was sold for $1 billion last month.

The IMF hopes privatising distribution companies will plug holes in the public purse and make the companies more efficient.

“Eventually, the bulk of the circular debt will be resolved with the privatisation of distribution companies,” said Tokhir Mirzoev, the IMF’s resident representative in Pakistan.

Foreign exchange reserves more than doubled to $17 billion, slightly more taxes are being collected and inflation has nosedived after international oil prices fell.

But major problems remain. The wealthy habitually dodge tax, so poorer Pakistanis are being squeezed harder. The government has published a directory of taxpayers, but made no effort so far to prosecute more than three million wealthy evaders documented in a database compiled under the last government.

“So far attempts to widen the tax base have been minimal, if not non-existent,” said Sakib Sherani, chief executive of Islamabad-based think-tank Macro Economic Insights and a former government financial adviser.

The IMF cut its forecast for Pakistan’s growth this year from 4.3 percent to 4.1 percent. The prediction for next year was also lowered, to 4.7 percent to 4.5 percent.

The IMF says the economy must grow at a minimum of 5 percent to absorb the growing population.