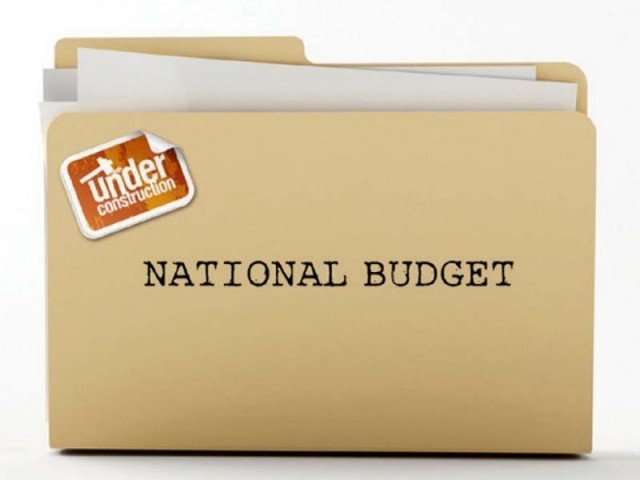 Prime Minister Nawaz Sharif on Thursday approved taxation measures of around Rs 262 billion for budget 2015-16, including over Rs 100 billion through withdrawal of concessions and exemptions granted by issuing statutory regulatory orders (SROs), to achieve ambitious tax projections of Rs 3,100 billion for the next fiscal year. Sources told Business Recorder here on Thursday that the government has decided to impose a 2 percent additional sales tax on supplies made to un-registered persons in the upcoming budget.

The rate of additional sales tax would be doubled from one percent to two percent through the Finance Act 2015. It is also one of the major revenue generation measures. Sources said the government has decided not to change the existing standard rate of 17 percent sales tax whereas increase in the rates of Federal Excise Duty on cigarettes, beverages, sugar and ghee and cooking oil has been proposed.

An FBR team headed by FBR Chairman Tariq Bajwa will give a budget presentation to Nawaz Sharif at the Prime Minister’s House to present taxation and relief measures for 2015-16. While approving the taxation and relief measures for 2015-16, the PM has given a clear message to the budget markers to introduce such kind of taxation measures which have a minimum impact on the general public and do not raise inflation. The government has also approved a proposal to increase rates of capital gains tax (CGT) on disposal of securities. In response to the proposal of empowering the government to purchase property, the PM has directed Ministry of Finance and FBR to hold a separate meeting to discuss the proposal. On the pattern of India, the FBR has proposed for purchasing property by enhancing its declared value by 25 percent. The government is proposing a new law to empower the government to purchase under-valued immovable properties.

It is proposed to charge all sources of income of banking companies at a flat rate of 35 percent tax. At present, the dividend income and income from capital gains is taxed at reduced rates under Seventh Schedule of the Income Tax Ordinance 2001. Presently, 7.5 percent advance tax on domestic electricity consumers is applicable on monthly bill above Rs 100,000). It has been proposed that the 7.5 percent withholding tax would be applicable on monthly bill of Rs 50,000 and above on the domestic electricity consumers.

The government has also approved new incentives for construction and manufacturing sector in budget (2015-16). The FBR may bring items falling under the Pakistan Customs Tariff headings of 25 percent to the 20 percent slab. In case, the 25 percent slab has been abolished, the items may be subjected to a lower rate of 20 percent duty. The FBR would reduce the number of general tariff slabs of Pakistan Customs Tariff (PCT) from 6 to 5 percent in coming budget (2015-16) and maximum general slab of 25 percent would also be brought down under tariff rationalisation plan.

Under the budget policy, the FBR will continue with the policy of withdrawal of concessions and exemptions granted through statutory regulatory orders (SROs). The FBR had withdrawn concessionary SROs of Rs 103 billion in 2014-15 and SROs worth the same amount are expected to be taken away in the coming budget. Secondly, the FBR will increase the direct taxes in coming budget and any increase in indirect taxes would be kept to a minimum level. Thirdly, last year the concept of differential in tax rates was introduced in last budget (2014-15). The FBR will continue with the policy of different withholding tax rates for filers and non-filers of income tax returns in budget (2015-16). The FBR will also impose higher rates of withholding tax on non-filers of income tax returns in areas presently not covered under the WHT regime. Form next fiscal, tax rates would be increased for non-filers. Fourthly, the government has decided that the computerised national identity card numbers would be declared as National Tax Numbers (NTNs) for the tax purposes. This is a major measure to facilitate the taxpayers to file returns and pay taxes on the basis of CNICs. The FBR will be able to easily access the CNIC based database of the taxpayers. Fifthly, the income tax return filers would be further facilitated. The tax rates would be decreased for compliant taxpayers who are not operating under the Final Tax Regime. Federal Minister for Finance Ishaq Dar, Secretary Finance and Chairman FBR along with other senior government official