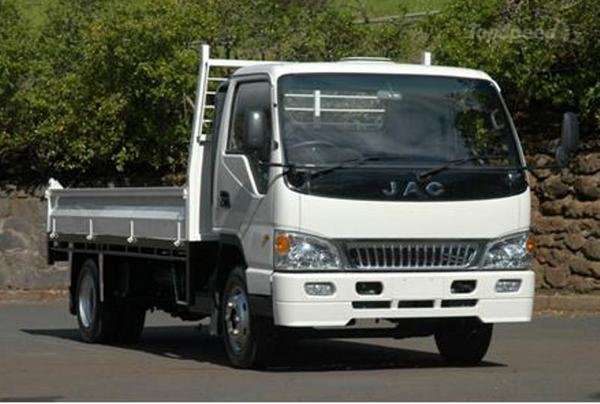 Ghandhara forecasts its Chinese truck sales will more than double to about 200 units in the year ending June and surpass UD deliveries in the next two years, according to Muazzam Pervaiz Malik, senior executive director for marketing at the company.

“Initially they were scared about the quality, but China has improved,” Malik said in an interview. “With the China- Pakistan economic corridor, more dams and motorways, we expect truck demand to grow.”

$45 billion that China has pledged in infrastructure investment to more tightly link its economy with Europe through central and western Asia.

The spending may help drive a 50 percent increase in truck sales to as many as 7,000 units a year by 2020, according to Ghandhara’s estimates. The company’s revenue will rise about 10 percent in the year ending June 30, buoyed by higher Dongfeng sales, Malik said.

Ghandhara’s stock has surged more than threefold this year for the biggest gain among auto retailers globally, buoyed by the truck demand and expectations that it will begin producing passenger cars in 2017. The shares dropped 4.7 percent to 181.4 rupees in Karachi yesterday.

The local newspaper Dawn reported in August that Ghandhara plans to start assembling Nissan Motor Co.’s Datsun cars in 2017. Ghandhara declined to comment on its future plans, while Nissan said no decision has been made on production in Pakistan.