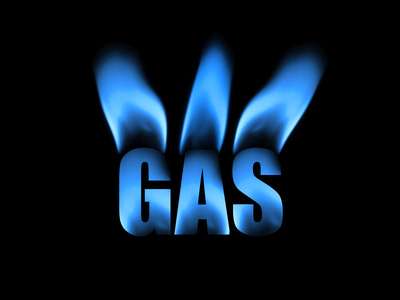 ISLAMABAD: The Oil and Gas Regulatory Authority (Ogra) on Tuesday increased system losses in gas tariff to over 7 per cent from 4.5pc for two utilities, involving an additional revenue impact of around Rs67 billion.

The decision to increase recovery of system losses through tariff was conveyed to the government in four separate but simultaneous determinations issued by Ogra for final revenue requirement for fiscal years 2012-13 and 2013-14.

In a policy departure, however, the determinations were kept away from the public eye against its customary placement on the Ogra website.

Also read: Gas tariff increased by up to 67pc

Ogra had not been able to approve revenue requirements for the two companies for the third year running now because of its non-completion of quorum.

Effectively, the four determinations together vindicated the position of former Ogra Chairman Tauqir Sadiq who had allowed 7pc system losses in revenue and was booked under corruption cases on the orders of the Supreme Court.

The difference this time, however, is that the regulator has increased the UFG benchmark after approval of the Economic Coordination Committee of the Cabinet (ECC) because of continuously increasing gas losses, now slated at 11-15pc for two gas companies.

The decisions would negatively impact the GDS payments to provinces for 2012-13 and increase gas tariffs with effect from January 2015 for all consumers.

According to determinations seen by Dawn, the regulator approved unaccounted for gas (UFG) to SNGPL for recovery from consumers at 4.5pc for 2012-13. This benchmark was not allowed to go up because of restraining court orders issued in case of SNGPL.

On top of that, it allowed about 80pc of gas lost to non-consumers (thieves) for recovery through average gas cost and 75pc gas lost due to law and order.

The impact of 80pc gas theft by non-consumers was worked out at 8,109 million cubic feet (mmcf) or 1.255pc of total revenue.

The impact of 75pc gas lost due to law and order was worked out at 6,093 mmcf or 0.94pc of total revenue. The final system losses (UFG) effectively were allowed to be increased to 6.7pc.

Similarly, increases were also allowed to SNGPL under its final revenue requirement for 2013-14. The total revenue impact for SNGPL on account of two fiscal years (2012-13 and 2013-14) was worked out at Rs36bn.

The regulator, however, put on record that these increases were approved under government instructions.

“Keeping in view the policy guidelines of the federal government…the authority provisionally allows 80pc (8,109 mmcf) of the claimed volume on account of non-consumers…and 75pc” on account of law and order.

As a consequence, the regulator allowed Rs12 per unit increase in revenue requirement of SNGPL for 2012-13, having an impact of Rs18bn. This was adjusted against Rs12bn recovery the Lahore High Court had ordered to be given to the consumers and Rs6bn through gas development surcharge.

For 2013-14, the regulator allowed Rs37.5 per mmBtu increase that has now been fully forwarded for recovery against gas development surcharge or consumer tariff during current year with revenue impact of Rs18bn.

SSGCL: The regulator increased the UFG allowance in revenue requirement straight away to 7pc instead of existing 4.5pc. Its 75pc (1,463 mmcf) losses due to law and order situation were also allowed for recovery through final revenue for 2012-13.

“Keeping in view the policy guidelines of the federal government and the current law and order situation in the country, the authority provisionally allows 75pc of the claimed revenue”.

Likewise, another allowance of 80pc of gas losses due to theft was also approved for recovery in revenue. The total impact of these benchmarks worked out SSGCL’s additional revenue requirement at Rs38 per mmBtu (Rs13bn) for 2012-13. This was adjusted against gas development surcharge due to the provinces.

On the same premise, the increase in revenue requirement for SSGCL’s final accounts was worked out at Rs52 per unit (Rs18bn). This amount was fully forwarded to the fiscal year 2014-15 that would either be adjusted against GDS or recovered through increased gas tariff.