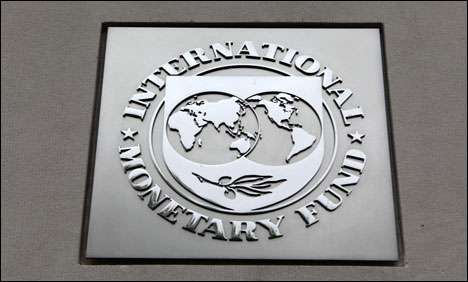 ISLAMABAD: Pakistan and the International Monetary Fund (IMF) have agreed on a plan to end the power circular debt through tariff hike and privatisation.

There was a consensus to eliminate over Rs600 billion circular debt in three years by increasing the allowance of losses in electricity tariff adjustments and privatisation of power distribution companies.

An IMF delegation led by its Mission Chief to Pakistan Harald Finger and Resident Representative Tokhir Mirzoev told a group of journalists that the two sides had agreed that the energy sector needed to be brought to full cost recovery to ensure that circular debt did not accumulate again.

The fresh circular debt stock now stood at Rs280bn while another Rs335bn had been parked in the power holding company.

Tokhir Mirzoev said it was necessary to bring energy sector to its full cost recovery given the fact that this accumulation of circular debt made generation companies unable to generate enough electricity, resulting in high outages and supply shortages. This also has to do with improving efficiency at the level of distribution companies through multi-year tariff.

Under the plan, the privatisation of three distribution companies — Islamabad, Lahore and Faisalabad — would be completed during the next fiscal year.

The crux of the arrangement was that relatively higher system losses would be built in the multi-year tariff to stop increase in debt and make it attractive for private sector so that debt stock could be cleared through privatisation.

Responding to a question, Harald Finger said the IMF recognised that taxation remained a significant issue in Pakistan even though tax-to-GDP ratio had been increasing for the last two years, but there was no quick fix solution to further increase it without reforms.He said Pakistan’s tax-to-GDP ratio had increased from 9.9 per cent in 2012-13 to 11.2pc (estimated) for this year based on latest evidence but the country was “still on the very low end when compared with countries who have 15-20pc tax-to-GDP ratio.

He said Pakistan needs to improve its tax base expansion significantly to ensure priority spendings for infrastructure development and social sector protection.

Responding to a question Mr Tokhir said it was not important for the government to issue 100,000 tax notices but it was important that these were issued to the right people and bring more tax revenue and hence it was important to go for risk based audit.

Mr Finger said the two sides had broadly agreed on the contours of the next year budget involving up to 4.3pc fiscal deficit limit to provide 0.3pc of spending for security and terrorism, resettlement of displaced people and flood rehabilitation but if the government spending increased, it will have to take additional steps for more revenue generation or expenditure cuts instead of going beyond fiscal deficit of a maximum of 4.3pc of GDP.

He said the IMF had lowered Pakistan’s expected growth rate for this fiscal year from 4.3pc to 4.1pc because of lower private sector credit and lower than anticipated growth in Large-Scale Manufacturing (LSM) even though construction and financial services sectors were doing well.

Likewise, the next fiscal year growth target had also been scaled down to 4.5pc from previous estimate of 4.7pc. He emphasised that Pakistan required between 5 to 7pc of annual economic growth rate to accommodate huge youth bulge.

Mr Finger said that Pakistan’s debt-to-GDP ratio at around 62 per cent was still quite higher and sustained efforts were required to not only reduce it but also put on a declining path. He said the country had raised substantially higher debt during this fiscal year, but the debt ratio had come down by about 1 percentage point.

Responding to a question, he said around 40pc of total federal spending this year went to repayment of debt and interest payment followed by 22pc on defence. About 17pc of consolidated expenditure was spent on development by the federal and provincial governments put together.