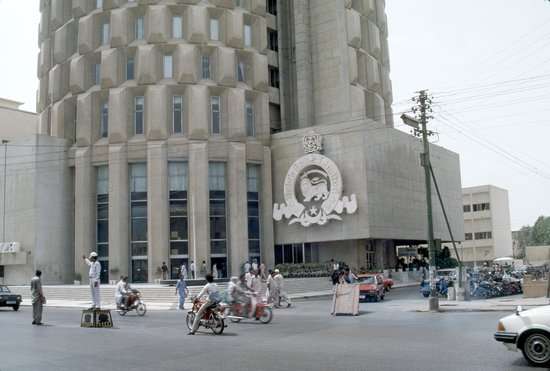 NEW YORK, Dec 17 (Reuters) – The New York branch of Pakistan’s largest bank, Habib Bank Limited, has not complied with U.S. anti-money laundering laws or reported suspicious activity in its customers’ accounts, the Federal Reserve Board of Governors said on Thursday.

In a lengthy order, the Fed barred the bank from conducting any dollar-clearing transactions or accepting any new accounts for U.S. dollar clearing as of Dec. 11.

It was the second time the New York branch of the bank, also known as HBL or HAB Bank, has been reprimanded by the federal regulator. Nearly 10 years ago, the Board of Governors cited many of the same problems and in December 2006 entered into a written agreement “designed to correct certain deficiencies.”

But a recent exam found HBL’s risk management had broken down, as well as its compliance with laws such as the Bank Secrecy Act and regulations issued by the U.S. Treasury Department, according to the order.

Up until April, Pakistan’s government held a 42.5 percent stake in Habib, the country’s oldest bank. But it sold off its shares as part of Prime Minister Nawaz Sharif’s plan to privatize 68 public institutions, bringing in more than $1 billion.

The bank and its New York branch could not be immediately reached for comment on the Fed’s actions.

The Fed said that on Dec. 3 the bank agreed to give its board of directors effective control over preventing money laundering and to enhance its oversight and information systems. The bank and branch also agreed to hire a third party to review compliance with federal laws, the Fed said.