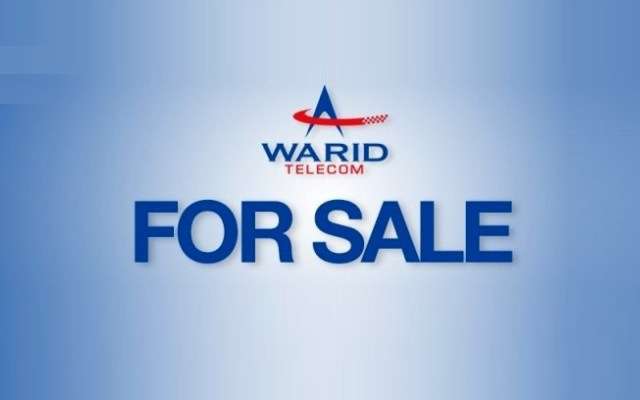 Together with continued investments, the new entity will allow Mobilink and Warid to accelerate the availability of high-speed mobile telecommunications and provide consumers and businesses with a best-in-class mobile network, more competitively priced services and wider access to enablement facilities such as mobile financial services.

Commenting on the agreement, Jean-Yves Charlier, Chief Executive Officer of VimpelCom, said: “We are delighted to announce the agreement with the Dhabi Group shareholders today to combine our businesses in Pakistan. With the addition of Warid to our already strong customer base at Mobilink, we will serve more than 45 million customers and offer a best-in-class mobile and high-speed data network – a key factor in the digital enablement of Pakistan’s economy. This transaction follows a number of strategic milestones for the company, including our recent joint venture announcement with WIND and 3 Italia in Italy and the agreement to sell our operations in Zimbabwe. This is yet another important step in our journey to continue delivering on our strategy to transform VimpelCom and improve our competitive position in our operating markets.”

The transaction is expected to create Capex and Opex synergies with a net present value of approximately USD 500 million. The combined revenue of both companies for the 12 months to September 2015 was USD 1.4 billion.

Chairman of Dhabi Group, His Highness Sheikh Nahyan Mubarak Al Nahyan, said, “Creating the largest operator in Pakistan is a significant milestone for Mobilink and Warid but also for Pakistan as a whole.  Warid’s partnership with Mobilink will create value for all stakeholders and pave the way for exceptional and cost-efficient telecommunication services for customers. Both parties bring their unique strengths to this merger. Warid, with its strong post-paid base and high quality 4G/LTE network will complement Mobilink’s position in the market. We are very pleased to continue to contribute to the strengthening of the competitive landscape for the broader telecom sector and the overall economy of Pakistan. The transaction reaffirms my own and my fellow investors’ long-standing and continuing commitment to Pakistan.”

VimpelCom and the Dhabi Group shareholders have agreed a clear corporate governance structure. The board will consist of seven directors, of whom six will be nominated by VimpelCom and GTH and one nominated by the Dhabi Group shareholders. Upon successful completion of the transaction, Mobilink’s CEO Jeffrey Hedberg will become the CEO of the combined business and Mobilink’s CFO Andrew Kemp will become the CFO of the combined function.

Additional details of the Transaction

For further information please refer to the investor presentation on www.vimpelcom.com which will be loaded at 13:30 CET today. VimpelCom and GTH will host an analyst and investor conference call at 14:00 CET today.

VimpelCom, an international telecoms company operating in 14 countries and headquartered in Amsterdam, is one of the world’s largest integrated telecommunications services operators providing voice and data services through a range of traditional and broadband mobile and fixed technologies in Russia, Italy, Algeria, Pakistan, Uzbekistan, Kazakhstan, Ukraine, Bangladesh, Kyrgyzstan, Tajikistan, Armenia, Georgia, Laos, and Zimbabwe. VimpelCom’s operations around the globe cover territory with a total population of approximately 740 million people. VimpelCom provides services under the “Beeline”, “Kyivstar”, “WIND”, “Mobilink”, “banglalink”, “Telecel”, and “Djezzy” brands. As of September 30, 2015 VimpelCom had 217 million mobile customers and 5.8 million fixed-line broadband customers on a combined basis. VimpelCom is traded on the NASDAQ Global Select Market under the symbol (VIP).

GTH, which is 51.9% owned by VimpelCom Ltd., is a leading international telecommunications company operating mobile networks in high growth markets in Africa and Asia, having a total population under license of approximately 408 million as of September 30, 2015. GTH operates mobile networks in Algeria (“Djezzy”), Pakistan (“Mobilink”), and Bangladesh (“Banglalink”). GTH reached more than 84 million customers as of September 30, 2015. GTH is traded on the Egyptian Exchange under the symbol (GTHE.EY), and on the London Stock Exchange, its GDRs are traded under the symbol (GLTD:LI). For more information visit: http://www.gtelecom.com