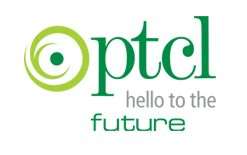 Reduction in the overall taxes on the Telecom industry from 19.5% to 17% Proposed

Reduction in the overall taxes on the Telecom industry from 19.5% to 17% Proposed

Finance Minister, Ishaq Dar here on Tuesday, along with Minister of State for IT, Anusha Rehman chaired a high level meeting attended by mobile phone operators, Pakistan Telecommunication Authority, Ministry of IT, Ministry of Finance and Ministry of Interior regarding re-verification of mobile phone SIMs in the country with particular focus on fiscal aspects of the issues faced by the telecom sector.

Representatives of various mobile phone companies apprised the meeting about difficulties they were facing regarding the re-verifications process which is part of the National Action Plan aimed at eliminating terrorism. They presented their proposals seeking concessions in taxes/charges paid to FBR and NADRA on issuance of SIMs as mandatory under the relevant laws.          The representatives also put forth proposals regarding the betterment of the telecom industry which included reduction in the overall taxes on the industry from 19.5% to 17%  in anticipation of reduction in revenue due to blockage of sims. They also requested for provision of legal cover to guard against litigation from customers, also due to possible blockage of SIMs.

The Finance Minister, Ishaq Dar agreed in principle on waiver of sales tax on replacement of SIMs during the period from 12th January to 28th February, 2015, charged by FBR provided that a proper definition of “Replacement SIM” was arrived at. The Finance Minister agreed to have further discussion on this aspect on Wednesday. It was agreed that NADRA would charge only Rs 10/- (instead of Rs 23/-) for verification purposes for the period of re-verification as agreed between the Ministry of Interior, Telcos and other stakeholders. The meeting also dilated at length on making stringent measures for provision of security to telcos.

On the issue of legal cover for telecos, Ministry of IT was assigned the task to put forth concrete proposals.

Mobile Operators and other participants of the meeting on this occasion also put forth their views on the time limit for re-verification process. There would be further deliberation in this regard on Wednesday.

The Finance Minister, Ishaq Dar said that views expressed by representatives of telecom industry on reduction of taxes would be incorporated in the budgetary proposals for consideration as the budget – making process was about to start. He said the IT/telecom industry was fortunate to have a very pro-active Minister who worked whole heartedly for promotion of the industry. He hoped under her leadership the IT industry would make further headways in time to come. He said that with concerted efforts the government had achieved over 4% GDP growth rate and had a resolve to achieve 5% growth in the current year, He said most certainly, IT sector could play a dynamic role in realizing this objective.

Minister of State for IT, Anusha Rehman at this juncture mentioned that apart from the fiscal issues, the telecom sector also needed facilitation in other areas which should be accorded due consideration. The Minister said, she always accorded due significance to resolution of problems faced by the telecom industry as it had a great role in economic development of the country.

Earlier, Secretary IT gave a presentation to the meeting regarding re-verification of SIMs and related matters. After discussion, mobile phone operators, Pakistan Telecommunication Authority, Ministry of IT & Telecom and Ministry of Interior expressed their views on re-verification process.

As planned, re-verification of every SIMs would be carried out in various phases. Accordingly the subscribers have been divided in two categories and a total of 103 million SIMs would be verified.

A media campaign/SMS broadcast will be carried out for customers to get their SIMs re-verified, the meeting was informed.

The meeting today concluded with the resolve that all stake holders would contribute their best for re-verification process of SIMs for the success of National Action Plan.