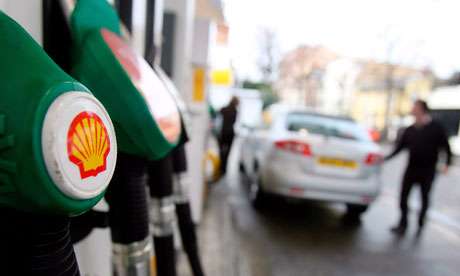 Global energy company Royal Dutch Shell has canceled plans to build a 6.5-billion-dollar petrochemical plant in Qatar due to a brutal slide in oil prices.

The Anglo-Dutch oil firm said on Wednesday that along with its partner, it has decided to put on hold the construction of al-Karaana project, one of the world’s biggest petrochemical plants, in Qatar’s Ras Laffan industrial city over “the current economic climate prevailing in the energy industry.”

The move came “after a careful and thorough evaluation of commercial quotations” from engineering, procurement and construction bidders, it said.

Al-Karaana is the second petrochemical project in Qatar to be canceled in recent months amid the upheaval in global oil markets.

Oil prices have fallen by about 60 percent since June and reached their lowest level in the past six years over increased supplies by certain countries such as Saudi Arabia, the largest producer in the Organization of the Petroleum Exporting Countries (OPEC), as well as over lackluster global economic growth.

On Thursday, the European benchmark, Brent crude, was traded at USD48.07 a barrel. US benchmark West Texas Intermediate, for delivery in February, lost 52 cents to close at USD 47.96 in afternoon trade.

OPEC, which pumps out about 40 percent of the world’s oil, has so far refrained from cutting its production to balance the market mainly due to opposition from Saudi Arabia. OPEC produces 30 million barrels per day