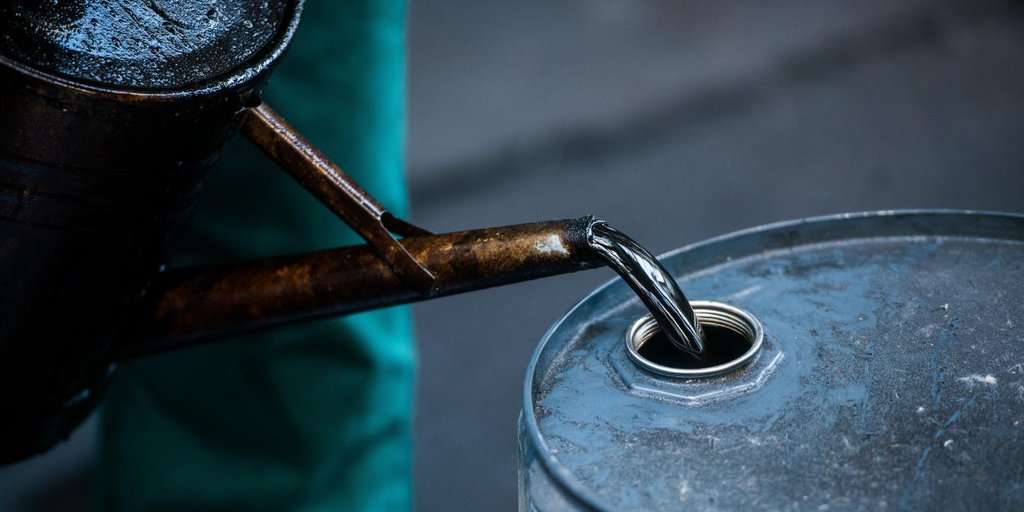 Almost by accident, OPEC adversaries Saudi Arabia and Iran are about to work as a team.

When the Saudi kingdom decided last year that OPEC should keep pumping to counter a surge in U.S. shale oil, Iran spearheaded resistance to the idea, saying output cuts were needed to buoy prices. Still a critic, Iran is nonetheless poised to amplify the strategy as it ramps up crude exports with the end of sanctions.

“Iran’s return is effectively the Saudi policy on steroids,” said Mike Wittner, head of oil-market research at Societe Generale SA in New York. “The policy is that low-cost Middle East crude should be gaining market share, and that it’s shale and other expensive non-OPEC supply that should be cut. So to use the Saudis’ own logic, as far as Iranian production goes — bring it on.”

By rebuffing calls to cut supply, the Organization of Petroleum Exporting Countries has sought to protect its market share by battering other producers with lower prices. That’s paying off, according to the International Energy Agency, as some U.S. shale drillers scale back and global oil majors slash investment, leaving OPEC to fill the gap. The 12-member group is likely to keep its output policy unchanged when it meets in Vienna onDec. 4, a Bloomberg survey shows.

OPEC’s rivals may face renewed pressure next year as Iran revives shipments constricted by three years of sanctions over its nuclear program. Iranian Oil Minister Bijan Namdar Zanganeh has called on other member states to pare output to accommodate its return, and insists the country will restore production regardless of the impact on prices. While Venezuela and Algeria have also called for cuts to quotas, the Saudi-led organization is likely to stay the course, according to all 30 analysts and traders polled.

“The additional barrels will help in the strategy of keeping prices low enough to lead to the postponement or cancellation of investment in projects elsewhere,” said Harry Tchilinguirian, head of commodity-markets strategy at BNP Paribas SA in London.“It plays into the strategy course that Saudi put OPEC on.”

Curbs on Iranian oil sales to Europe and Asia will be lifted once the country dismantles atomic equipment in line with the terms of a deal struck with world powers in July. That could happen around the end of the first quarter, Societe Generale estimates. Iran can expand output by 500,000 barrels a day — from about 2.8 million currently — within a week of restrictions being removed, and by 1 million barrels a day within six months, according to state-run National Iranian Oil Co.

Global markets are already contending with a surplus that the IEA estimates is the biggest in 17 years. Benchmark Brent crude has tumbled more than 40 percent in the past year and OPEC’s rivals are feeling the pressure. U.S. oil production is projected to shrink in 2016 for the first time in eight years, according to the agency.

Brent rose 54 cents to $45.40 a barrel on the London-based ICE Futures Europe exchange at 3:56 p.m. local time. Prices have declined 8.4 percent this month.

Iran’s Zanganeh said in October that “OPEC should decide to manage the market by reducing the level of production.” The nation will continue to disavow the Saudi plan because prices are too low for it to attract the foreign investment needed to rehabilitate its oil industry, according to Paolo Scaroni, deputy chairman of NM Rothschild & Sons Ltd. and former Eni SpA chief executive officer. “Iran will oppose the strategy because they cannot survive with this price,” he said.

The Islamic Republic is seeking at least $100 billion of oil investment from international companies, according to Zanganeh.

It’s possible that Iranian supply will gather pace slower than forecast, tempering the damage to rival producers, according to Antoine Halff, a senior fellow at the Center on Global Energy Policy at Columbia University in New York. With so much oil around, the nation will only resume exports gradually, rather than pushing discounted shipments on buyers, he said.

“The rather slushy market will constitute a constraint on Iran’s capacity to ramp up,” Halff said. “Iran’s return might not be a game changer.”

The country’s re-emergence will only harden Saudi Arabia’s resolve to maintain production and protect market share, according to Commerzbank AG. The kingdom won’t make room for its political antagonist as they take opposite sides in regional battlegrounds such as Yemen and Syria, the bank said.

If Iran’s resurgence amplifies OPEC’s strategy, it also increases competition between members, both for customers and overseas partnerships, according to Citigroup Inc.

“Iran will need to rekindle its own industry and go about securing market share in the same fashion as every other member,” said Seth Kleinman, London-based head of energy strategy at Citigroup. “They all need to chase the same strategy. They may all be on the same page, but it intensifies competition for market share.”