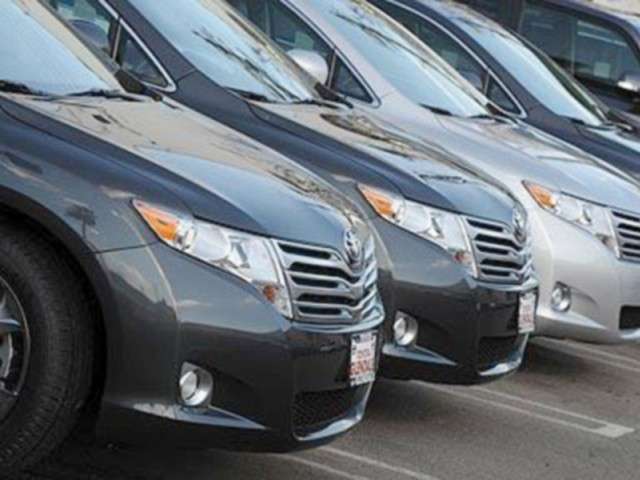 Car sales boom as do the Car Thefts

And battery manufacturers have pitched their sales to the slogan ‘Now moves Pakistan’.

But there is a darker side to the boom too – car thefts have increased in the country. Auto-jacking has become a major and organised crime, according to the police of Islamabad, the country’s most secured and protected city.

Several senior police officers agreed that car lifters provide an alternative market attractive to buyers who cannot afford the high prices of the regular market. Car thieves operate as a group, with links to people in the government machinery willing to help them run their illegal trade ‘smoothly’.

Islamabad, according to the officers, is a hunting ground for the gangs raised not necessarily by locals. Investigations into stolen autos reveal that thieves may come from afar. They do their job and handover the auto to the next in the chain, which involves safe-keeping for a few days, tempering the engine and chassis numbers; arranging forged documents and number plates and lastly the delivery of the rebranded auto to ‘the receiver’ at a designated place.

In case the auto had been ‘ordered’ by the receiver, it is just delivered to him and the rebranding becomes his responsibility.

Police investigators found that the gangs and the receivers have accomplices in district excise and taxation department who provide information like car model, make, chassis and engine numbers and colour from their records.

Car thieves match this genuine data with their stolen cars and get duplicate or forged documents prepared that look ‘legal’.

Most of the stolen vehicles allegedly end up with the so-called ‘receivers’ in the Khyber Pakhtunkhwa province, or sold in hidden markets there.

Last week, the Islamabad police busted such a gang. One member of the gang was arrested, and the two vehicles – a Suzuki van and a Shahzor mini-truck – it stole in November were recovered.

But the success came not by the investigators following the paper trail but by sniffing into hotels located in the locality the vehicles were stolen from. Shams Colony police say the name of a proclaimed offender – a criminal on the run from law – propped up in their scrutiny of the records of guests collected from the hotels located in the police precinct.

Further investigation revealed that beside the local Sabzi Mandi, Pirwadhai and Nasirabad police, the fugitive, a native of the tribal Mohmand Agency, was also wanted by the Mardan police on charges of murder, attempted murder and auto theft.

During interrogation the accused confessed to their latest theft and disclosed that the van was in safe-keeping in a house in Jhangi Syedan while the mini truck had been sold to a ‘receiver’ in Mardan.

His gang’s modus operandi was more revealing to the police. Whenever they came to Islamabad on the stealing mission, he said he preferred staying in a hotel on or close to a highway, like I.J. Principal Road and Kashmir Highway.

They first scouted the hunt area for choice vehicles. Once nabbed, he said they would drive the stolen vehicle to the parking lot of a hospital, or of commercial centres and wait for the police alert over the theft to wane. Then the stolen car, bearing a new number plate, would be removed to a safe house, already arranged in Islamabad’s suburbs, for a quick access to the motorway and get away.

Until bad luck struck him last week, the simple strategy had served the gang well in Islamabad’s hunting ground for five years.

His two comrades, however, are still at large. They have now been identified and the Islamabad police say they are trying to hunt them down.

“But if we fail, they will be declared proclaimed offenders through courts,” said a police officer.