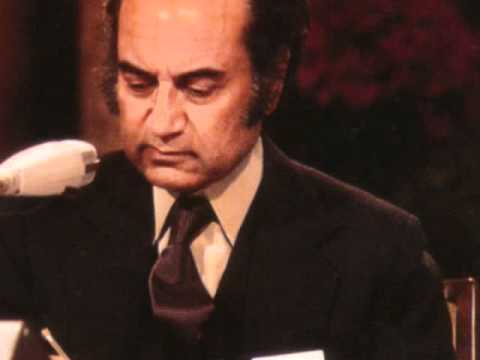 Agha Hasan Abedi: the man who dared to dream big

Agha Hasan Abedi: the man who dared to dream big

Agha Hasan Abedi was one of the finest minds this country has ever produced. He was an exemplary patriot and a legendary banker.

In the mess that exists today, the youth of Pakistan desperately needs inspiring personalities to look up to.

I cannot think of a better person to quote.

He proved that politics is not the only form of service to the nation. He suffered through various scandals towards the end of his life, but no one can deny his contributions towards building a stronger Pakistan. It is a shame we let our youth forget a man like Agha Hasan Abedi.

Thousands graduate every year from FAST National University and Ghulam Ishaq Khan Institute. Only a handful of those proud degree holders know who laid the foundations of these prestigious institutes. It was one man’s vision that delivered tremendously to Pakistan’s development.

Agha started his banking career at Habib Bank in the late 1940s and enjoyed instant promotions. He went on to join the United Bank Ltd (UBL) in 1959 and shot up the ranks again. Under his leadership, UBL changed the banking culture in Pakistan and it became the second largest bank in the country. But this is just a small highlight of his résumé.

When banks in Pakistan were nationalised in 1972, Agha went on to start the Bank of Credit and Commerce International (BCCI). He persuaded the Arabs to invest in it, which turned into one of the largest banks in the world, spreading its influence through offices in 72 countries around the world. It employed some 16, 000 people and Agha made sure that a majority of the employees were Pakistani nationals. Such was his spirit towards his homeland. Over 80 per cent of the top executives of the bank were Pakistani.

A bank that was too successful

BCCI’s influence went beyond everyone’s expectations. It became a big player throughout the world and expanded at a great pace, making BCCI a dominant force worldwide. Hence, it was decided by some that it was time for the BCCI to go. BCCI was accused of funding Pakistan’s nuclear program, Palestinian fighters, money laundering and various other charges. Agha became a wanted man internationally. Pakistan’s government gave him full protection and refused to hand him over. Agha was maligned in the international media and the bank was alleged to have links with international intelligence agencies. Mired in controversy, the bank was torn apart.

The focus of this article is to bring Agha Sahib’s contributions to Pakistan in the limelight. His contribution is of such magnitude that it is safe to say that he shaped the modern Pakistan. Pakistan’s banking industry is often considered extremely competent. Most emerging banks in the Middle East are using expertise from Pakistan to set up their banking and financial sectors. If we dig to the roots of this accomplishment, it was Agha Hasan who deserves all the credit. BCCI trained thousands of Pakistanis to become successful banking professionals. The stable structure and modern infrastructure of banking in Pakistan comes from Agha.

Agha was a visionary. He introduced computer science in Pakistan, back when few knew what it even was. He donated Rs100 million to form the BCCI Foundation for Advancement of Science and Technology (FAST) in 1980 to promote computer science in Pakistan. The year 2000 saw this foundation create FAST National University of Computer and Emerging Sciences, a premier multi-campus university with campuses in Islamabad, Lahore, Karachi and Peshawar. Moreover, Ghulam Ishaq Khan Institute (GIKI) was also a brainchild of the same man. Both these schools have produced many scientists and engineers who are contributing heavily towards Pakistan’s economy.

Agha was a businessman, who genuinely believed that an individual’s goal should be to help the poor. His great achievements can be proved by the fact that his philanthropic activities are bearing fruits even today, well over a decade after his death. Yet, most of the information about him on the Internet projects him as a corrupt banker only. His contributions towards Pakistan are often overlooked and ignored.