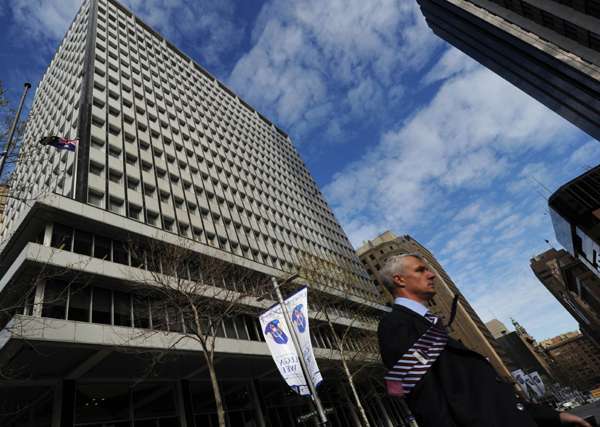 Australia’s central bank on Tuesday kept interest rates at a record low of 2.0 percent, opting against a further cut that would put more downward pressure on the country’s dollar.

The Reserve Bank of Australia (RBA) last moved its official cash rate in May when it slashed 25 basis points to a historic low as it tries to spur economic growth.

The bank said Tuesday that while domestic growth remained below longer-term averages, jobs growth had strengthened and indications were that “moderate expansion” was continuing in the economy.

“At its meeting today, the board decided to leave the cash rate unchanged at 2.0 percent,” central bank governor Glenn Stevens said in a statement almost identical to the one issued in September.

“Overall, the economy is likely to be operating with a degree of spare capacity for some time yet, with domestic inflationary pressures contained.”

The “Aussie” dollar rose after the announcement, buying 71.17 US cents compared with 70.79 cents earlier, although it has fallen dramatically over the past year, bringing relief to exporters.

“The Australian dollar is adjusting to the significant declines in key commodity prices,” Stevens said.

Stevens has suggested he is comfortable with the Australian dollar remaining “in the low 70 cents”, analysts said.

Economists had widely expected the RBA to leave rates on hold, with some saying new Prime Minister Malcolm Turnbull, who came to power in a Liberal Party coup last month, could be seen as sufficient means of boosting confidence for now.

Stevens said low interest rates were acting to support borrowing and spending, but that growth in lending to the housing market had been broadly steady over recent months and regulatory measures were helping to contain risks.

He said the global economy was expanding at a moderate pace, and while there was some softening in conditions in China and east Asia, growth in the United States was stronger.

While equity market volatility was continuing, it had not impaired the functioning of financial markets to date, he added.