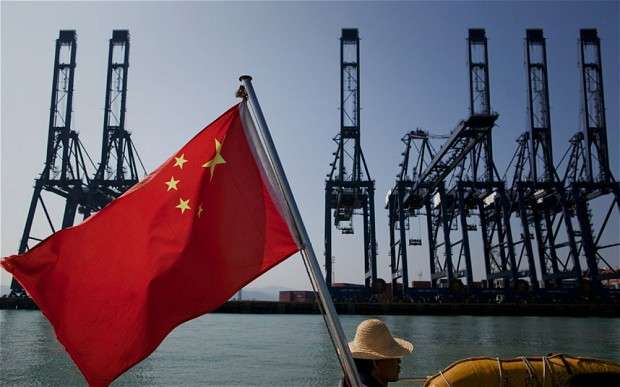 BEIJING, Oct 27 (Reuters) – Profits earned by Chinese industrial companies fell 0.1 percent in September from a year earlier, data from the statistics bureau showed on Tuesday, levelling after a record 8.8 percent collapse in August.

Industrial profits – which cover large enterprises with annual revenue of more than 20 million yuan ($3.15 million) from their main operations – fell 1.7 percent in the first nine months of the year compared with the same period a year earlier, the National Bureau of Statistics said on its website.

“Even though the rate of industrial losses narrowed in September, given that downward pressure on the industrial economy continues, the industrial profit outlook is still not optimistic,” the NBS said in the statement.

The NBS added that core business revenues had declined 0.5 percent at industrial firms, the first time in “many years” it had done so.

Many firms in the survey are heavy industrials seen as playing a lesser role in China’s future growth. But as the economy moves away from infrastructure investment toward services and consumption, the big industries’ poor performance could still drag on recovery because of their high debt.

“Persistent slowdown…could feed into financial distress in heavily-indebted manufacturing firms, which we fear potentially cascading into the banking system,” ING economists wrote in a research note.

The NBS said that the milder reading was thanks to a recovery from sharp losses due to currency fluctuations, which it blamed for much of the August plunge.

Major Chinese construction machinery maker Zoomlion Heavy Industry Co 000157.SZ 1157.HK said earlier this month it expected to report a loss in the third quarter because of weakness in the yuan and a supply glut at home.

So far the stress of Chinese industrials has yet to show up in unemployment statistics, which remained stable at 4.05 percent in the third quarter. (Full Story)

However, some are worried that the unemployment rate is being flattered by firms putting industrial workers on half-pay or deferred pay, but keeping them on the reported payrolls as full-timers.