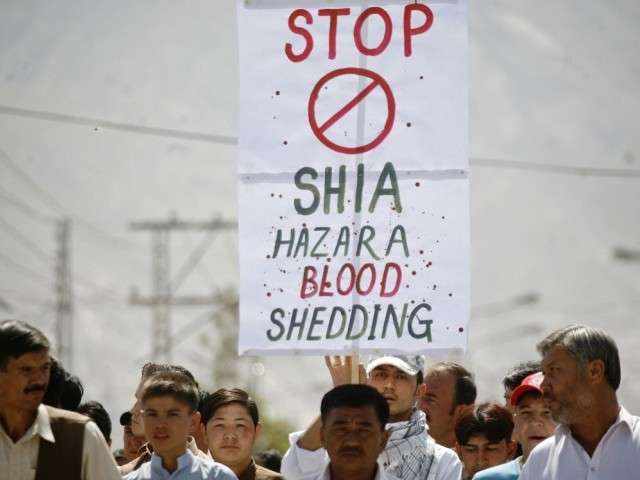 Sectarian strife has been worsening in Pakistan, where Shi’ite Muslims make up about 20 percent of a population of 180 million. Sunni Muslim militants frequently attack Shi’ites, whom they see as infidels who deserve to die.

Police blamed Monday’s attack in Quetta, the capital of the restive province of Baluchistan, on Sunni militant groups. Two of the victims belonged to the Hazara community, a predominantly Shi’ite Muslim ethnic group.

“It is a sectarian targeted killing,” said police officer Ajab Khan Kakar, adding that the two Hazara men were brothers.

More than 100 Shia Muslims have been killed in attacks in Pakistan this year, including 45 gunned down on a bus in Karachi and 62 in a suicide bombing in January. (Full Story)

Lashkar-e-Jhangvi was blamed for twin blasts in Quetta in 2013 that killed around 180 people, mostly civilians from a Shi’ite Muslim ethnic group.

It was also involved in assaults in 2009 on Pakistan’s military headquarters and on Sri Lanka’s visiting cricket team.

Militant groups like Lashkar-e-Jhangvi say they are fighting for a Sunni theocracy and Shi’ites should leave the country or be killed.