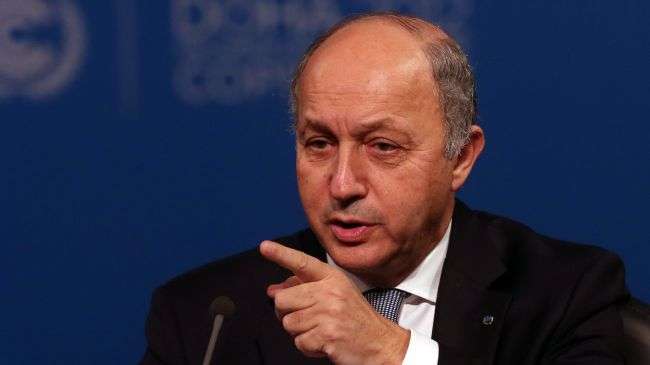 A game plan to substantially improve the outlook for global greenhouse gas emissions came out of Paris long before the urbane Laurent Fabius gaveled the UN climate change summit to a close at the weekend.

The meeting over which the French foreign minister presided has embraced energy plans by nations representing 90 per cent of the global economy that will see growth in emissions slow down substantially if they are actually implemented. Under the Paris agreement, it will be 2023 before implementation is officially assessed.

It’s a trajectory that would see emissions growth slow to a relative crawl by 2030 even as energy demand continues to climb — but it is still growth.

And even this is going to cost a motza: the Paris-domiciled International Energy Agency calculates the climate pledge outlays add up to $US13.5 trillion being spent on energy efficiency and low-carbon technologies between 2015 and 2030, including more than $8 trillion on more efficient, lower-emitting transport, buildings and factories and most of the balance on renewables (not just wind and solar but also hydro power).

In the electricity sector, what it all means, the agency says, is a rise in generation output from just over 27,000 terawatt hours — for context Australia today produces 215 TWh of grid-connected power — to a bit more than 39,000 TWh by 2040, which is 4,000 TWh less than what would occur if we all just followed business as usual.

(One of the irritating and confusing habits of the IEA is how it skitters between 2030 and 2040 in presenting information in different publications available to the public — the money stuff it canvasses is to 2030 while the generation data is to 2040.)

This green power shift sees about a 1,500 TWh rise in reliance on non-hydro renewables to around 7,300 TWh and a small uptick in hydro power to almost 6,200 TWh, with use of nuclear power also rising slightly to just over 4,600 TWh.

The big problem is that it also doesn’t add up to an adequate rebooting of policy to help deliver two degree global warning at the century’s end, something the IEA has been pointing out to its own members (30 countries, including Australia) and other governments for several months.

What’s really interesting (at least to me) is that the agency has also offered governments its own version of what they could do to accelerate the abatement process, with a price tag that is “only” $US3 trillion more than their ‘pledge’ positions between now and 2030.

Around 70 per cent of this further outlay would be on energy efficiency programs and the rest on a stronger deployment of renewables.

The bottom line, argues the IEA, is that, under its concept, energy-related emissions would go from 38 billion tonnes annually now down to 36 Bt in 2030 instead of up to almost 42 Bt under what the “pledges” propose.

The carbon intensity of global electricity supply would fall back from 518 grams per kilowatt hour of generation to 306g rather than the 382g the “pledges” will deliver.

This scenario doesn’t see fossil-fuelled power generation crash and burn either, so the IEA viewpoint hasn’t been talked up by the environment movement and therefore has not got much in the way of media coverage here or overseas.

The 2040 electricity output outlook the agency models for its own abatement concept would see coal-based production fall back to 4,100 TWh and gas-based generation to just under 5,500 TWh while there would be solid rises in nuclear supply (6,200 TWh), hydro-power (6,800 TWh) and non-hydro renewables (almost 11,000 TWh).

The IEA asserts that, if its ‘bridging’ scenario is pursued, the role of renewables in power supply will shoot up from 29 per cent of the mix in 2025 under what the governments are proposing to 34 per cent in 2025 and 53 per cent in 2040.

Fossil fuels, on the other hand, it asserts will drop back from 54 per cent in 2040 under what the governments say they are going to do to 29 per cent.