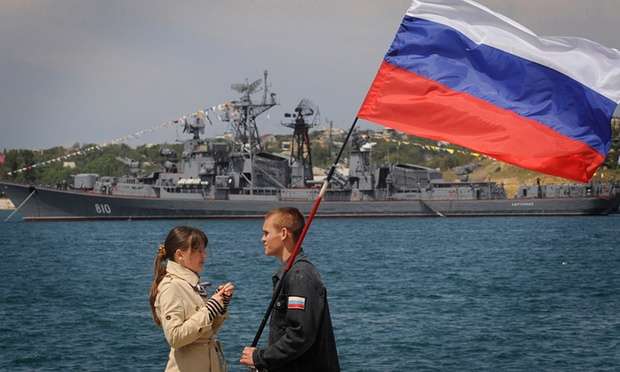 MOSCOW: Russia warned on Sunday Turkey to stop staging what it called provocations against its forces in or near Syria after one of its warships fired warning shots at a Turkish vessel in the Aegean to avoid a collision.

The Russian Defence Ministry said one of its warships, the destroyer Smetlivy, had been forced to fire the warning shots on Sunday morning and that it had summoned the Turkish military attache over the incident.

“The Turkish military diplomat was given a tough explanation about the potentially disastrous consequences from Ankara’s reckless actions towards Russia’s military contingent fighting against international terrorism in Syria,” the defence ministry said in a statement.

“In particular, our deep concerns about more Turkish provocations towards the Russian destroyer Smetlivy were conveyed.”

Earlier on Sunday, the ministry said that a Turkish fishing vessel failed to respond to Smetlivy’s warnings and changed course sharply only after shots were fired before passing within just over 500 metres of the warship.

“Only by luck was tragedy avoided,” the ministry said.

Turkish Foreign Minister Mevlut Cavusoglu, who was in Rome for talks on Libya, said Ankara was investigating the matter and would make a statement once it had more information.

He also reiterated Turkey’s position that it wanted to resolve its difficulties with Russia.

“We want to solve the tension with dialogue,” he said, in comments broadcast by TRT Turk.

The incident is likely to heighten tensions between the two nations who are seriously at odds over Syria and the Turkish shooting down of a Russian military jet last month.

Russian President Vladimir Putin, who called the downing of the plane a “stab in the back”, has since imposed economic san­ctions on Turkey as a retaliatory measure.

Earlier this month, Turkey complained to Russia over an incident in which a Russian sailor was pictured brandishing a rocket launcher on the deck of a naval ship passing through Istanbul.

In a related development, the Turkish army has banned personnel from taking holi­days in Russia, state-run media said on Sunday.

The prohibition, which applies to both personnel and military academy students, was described as a “precautionary measure after the Russian warplane, which violated (Turkey’s) borders, was downed in accordance with the rules of engagement,” Anatolia news agency said.

Army personnel are expected to behave in a way that is “worthy” of the Turkish military while on vacation, Anatolia added.