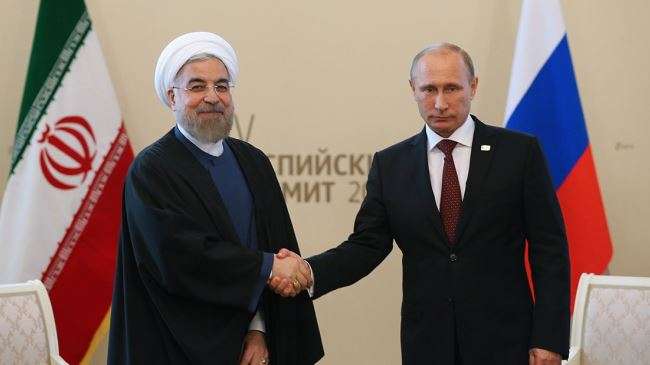 Russia’s alliance with Iran is ‘scaring’ US, Israel: Activist

Russia’s alliance with Iran is ‘scaring’ US, Israel: Activist

Russia’s growing alliance with Iran and other countries in Asia is “scaring” Israel and the “Zionist-dominated” US government, according to a former US congressional staffer and radio host in Los Angeles.

Ties between Washington and Moscow have deteriorated over the crisis in Ukraine. The US and its allies accuse Moscow of sending troops into eastern Ukraine in support of the pro-Russian forces. Russia, however, denies the accusation.

“Ultimately the best way to modify the United State’s behavior and Israel’s behavior is through the power of the purse and I think Russia is demonstrating this by forming these alliances with Iran, with India, with China and that is scaring the US and Israel,” said Rodney Martin.

The rest of world has to follow the lead of countries like Russia, Iran and China and isolate the US through trade policies, Martin told Press TV on Monday.

Martin said Israel is using the United States as a “mob-like, mafia-like enforcer” via the Israel lobby and Jewish members of the US Congress to try to disarm other countries and tell them they have no right to self-defense.

The US has “attacked and invaded and engaged in aggressive warfare throughout the Middle East for the safety and security and hegemony of the Zionist regime in Israel so they can continually expand their borders and engage in ethnic cleansing,” he added