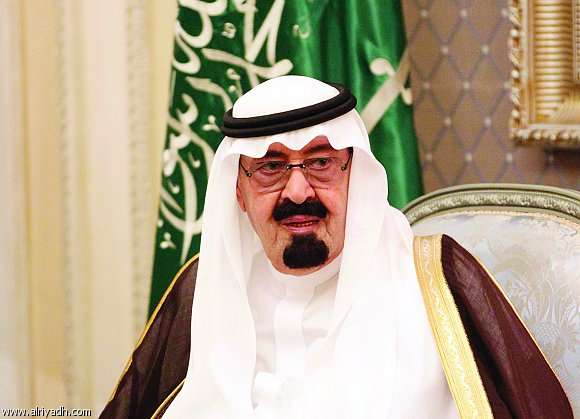 Saudi Arabia’s King Abdullah bin Abdulaziz Al Saud has died at the age of 90, according to Saudi media.

An announcement, made by state TV early on Friday, also said that his 77-year-old half brother, Salman, has succeeded him.

“His Highness Salman bin Abdulaziz Al Saud and all members of the family and the nation mourn the Custodian of the Two Holy Mosques King Abdullah bin Abdulaziz, who passed away at exactly 1 a.m. this morning,” said the statement.

The king reportedly died at hospital, where he had been receiving medical treatment for several weeks.

The late Saudi king’s funeral ceremony will be held on Friday afternoon.

The official statement further noted that the late king’s half brother Muqrin has been named the new crown prince. The new Saudi king has reportedly called on the royal family’s Allegiance Council to recognize Muqrin as his crown prince and heir

King Abdullah, who was admitted to the King Abdulaziz Medical City in the capital Riyadh in late December, had been suffering from pneumonia and was reportedly breathing with the help of a tube.

Examination “revealed pneumonia, which required the provisional insertion of a tube,” the Saudi royal court said in a statement on January 2.

The Saudi king had two operations in October 2011 and November 2012 because of “ligament slackening” in the upper back.

The Saudi king’s death has raised concerns about the future of the oil-rich country in the face of anti-government demonstrations.

Salman was named Saudi crown prince in June 2012 after the death of Prince Nayef bin Abdul Aziz. Salman has recently represented King Abdullah at most public events because of the monarch’s ailing health.

Salman bin Abdulaziz, the new king, will also serve as prime Minister and defense minister in the Arab state.

A longtime governor of Riyadh, Salman is reputed as a progressive and practical prince similar in bearing to his late brother.

But the 79-year-old is reportedly in poor health and is unlikely to rule for as long as his elder sibling.

King Salman’s crown prince will be his younger brother Prince Muqrin, the youngest surviving son of King Abdulaziz, who was named deputy crown prince last year when the kingdom acted to set in stone its structure for the future. Muqrin is said, like the new King, to be committed to cautious reforms.

It is believed that the late Saudi king was born in the Saudi capital, Riyadh, in August, 1924. There is, however, controversy over his actual birth date.

Fahda, the eighth wife of King Abdulaziz, was his mother.

He was appointed as the commander of the Saudi National Guard in 1962 and 20 years later was named as crown prince and first deputy prime minister. He became the king of Saudi Arabia in August 2005 following the death of King Fahd, who had succeeded King Khalid in 1982.

40 days of mourning in Jordan

Jordan’s King Abdullah, a very close ally of the Saudi monarchy, has cut short his visit to the Swiss city of Davos, and quickly headed to Riyadh.

Services will be held Friday at Riyadh’s Imam Turki Bin Abdullah Grand Mosque, with many world leaders likely to pay their respects.

US President Barack Obama also swiftly reacted to King Abdullah’s death, describing him as a “friend” and a “revered leader”.

“King Abdullah’s life spanned from before the birth of modern Saudi Arabia through its emergence as a critical force within the global economy and a leader among Arab and Islamic nations,” Obama said in a statement.

Obama also said that close partnership between Riyadh and Washington was a legacy of King Abdullah.

Meanwhile, US Secretary of State John Kerry also offered condolences to Saudi Arabia and said, “This is a sad day. The United States has lost a friend.”

Leaders of France, UK and Canada also rushed to issue statements on the death of King Abdullah, with all of them calling the monarch an advocate of peace and dialogue.

The western leaders’ appreciation of the late Saudi king as a proponent of peace comes despite the fact that the oil-rich kingdom has played a major role in supporting extremism in various countries, particularly Syria.

Under King Abdullah’s rule, Saudi Arabia gradually became an incubator for groups promoting extremism and Takfirism. Off-shoots of al-Qaeda also managed to expand their domain of influence in the Middle East and North Africa, with groups like ISIL committing heinous crimes against followers of other religious communities in Syria and Iraq.

Such support for sectarian violence has also been visible in countries like Pakistan, where thousands of Shias have been killed in attacks and bombings that seem to be approved by elements inside the monarchy.

The Al Saud regime has also helped the Bahraini regime in its deadly crackdown on peaceful protesters and political activists since 2011.