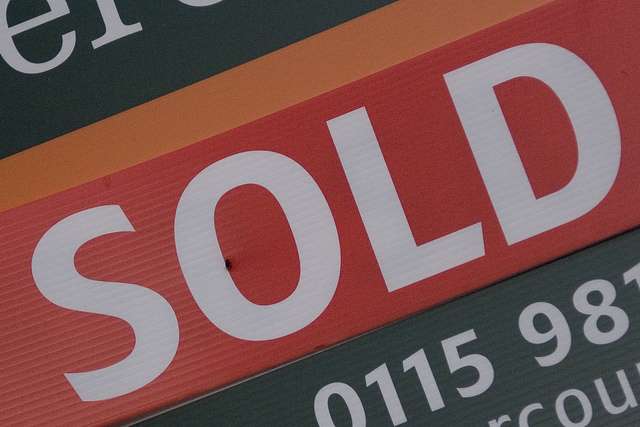 The prospect of Foreign ownership in Australia

Straddling the river plains of the state of South Australia, and reputed to be the world’s biggest cattle ranch by area, Anna Creek belongs to an empire of ten stations that Sidney Kidman, the “cattle king”, started in 1899 (see map).

Now, 116 years later, his descendants have put their inheritance on the market. The sale of S. Kidman & Co, due by the end of the year, has touched raw nerves over foreign investment, as Chinese and other overseas contenders circle a company that many Australians associate with their frontier heritage.

The interest of would-be buyers is understandable. The Kidman herd of almost 200,000 cattle sprawls across a swathe of the outback about three-quarters the size of England, making it Australia’s biggest private landholding. Australia is the world’s biggest beef exporter after India and Brazil. Rising demand from China and elsewhere in Asia, as Australia’s currency falls in value, has helped business boom. Kidman could sell for around A$325m ($228m).

About half the 12 shortlisted bidders, whose identities have not been revealed, are foreign. Many may be Chinese. Doug Ferguson, a China expert at KPMG, a consulting firm, reckons that about 15 Chinese companies, some government-linked, would be capable of bidding for Kidman.

Australians are becoming more used to Chinese investment. Four years ago, China ranked ninth by stock of foreign direct investment (America, Britain and Japan, three of Australia’s oldest trading partners, top the list). Now Australia’s biggest trading partner, China’s inward investment has taken off: by 2014 it had moved up to fifth place. Australia’s Foreign Investment Review Board (FIRB) says China has become a bigger investor by value than any country, measured by its share of the A$170 billion of proposed investments it examined last year. In the 2013-14 fiscal year, property worth A$12 billion represented China’s biggest investment in Australia.

Agricultural investments of all kinds, however, were just a fraction of that year’s inflow: a mere A$32m. Chinese deals to buy farmland have been few and far between. Two years ago Shandong Ruyi, a Chinese textile company, bought most of Australia’s biggest cotton farm, Cubbie Station in the state of Queensland. Tianma Bearing Group, another Chinese company, recently paid a reported A$47 million for Wollogorang and Wentworth, two cattle stations in the Northern Territory, where part of the Kidman empire is also located. Now the prospect of Kidman falling into Chinese hands has given extra piquancy to broader Australian anxieties about “selling the farm” to foreigners.

Such anxieties are nothing new. When Tony Abbott, the recently-ejected prime minister, led the conservative Liberal-National coalition to government in 2013, he declared that Australia was “open for business”. But a few weeks later Joe Hockey, then the treasurer, rejected a bid by Archer Daniels Midland (ADM), an American food-commodities giant, to take over GrainCorp, an Australian counterpart. Mr Hockey said foreign acquisition of “this key Australian business” would be against the national interest. He was bowing to pressure from the rural-based National Party, the coalition’s junior partner. Similar pressures could come into play over the Kidman sale. The agriculture minister, Barnaby Joyce, who is from the National Party, opposes a “foreign state-owned enterprise” taking over Kidman.

The ranch operator’s sale could now be the first big test of Malcolm Turnbull, who deposed Mr Abbott as Liberal leader and prime minister on September 14th. Mr Turnbull is more of a free-market champion than his predecessor. He acknowledges Australia’s “long history of ambivalence to foreign investment”.

But he identifies the country’s key dilemma: “resource-rich but capital-poor”. As soon as he took over as prime minister, there was speculation that ADM might make a fresh bid for full ownership of GrainCorp, of which it is already the largest shareholder.

However, Mr Turnbull is bound by tighter foreign-investment rules that the government introduced under Mr Abbott. They require the FIRB to scrutinise all sales to foreign entities of rural land worth A$15m or more—the limit was previously A$252 million. The new rules will apply to bidders from China, Japan and South Korea, with which Australia recently signed free-trade agreements. But bidders from places like America, New Zealand and Chile, whose free-trade deals pre-dated the changes, can buy land worth more than A$1 billion before they are screened.

Similar screening discrepancies will apply to bids for agri-businesses other than farms and ranches, such as GrainCorp. Critics charge that such a two-tier approach barely masks a quest to make life harder for investors from Asia. Peter Drysdale, an economist at the Australian National University, says it “does not make any policy sense”. The FIRB only advises the government on foreign takeovers, but the very fact that a particular deal has fallen under the board’s purview risks making it a political hot potato.

Soaring house prices in Sydney and Melbourne, Australia’s two biggest cities, have added to politicians’ nervousness about foreign money coming into the country. Without presenting evidence, some press pundits and radio “shock jocks” have blamed Chinese investors for forcing Australians out of the market. But non-resident foreign investors are banned from buying houses in Australia. New dwellings are excepted on the ground that such sales help expand the housing stock.

Some worry that the government risks scaring off foreign investors just when the country needs capital as its economy cools. Fears about foreign takeovers are exaggerated anyway. Australians still entirely own almost 99% of the country’s farm businesses, and 90% of its agricultural land. Yet competition can only grow. Mr Ferguson reckons China’s pursuit of food security will see a “bigger shift” in Chinese offshore farm investment. “The Chinese have constantly declared they’re looking for very large-scale properties,” he says. “Kidman is a classic example.”