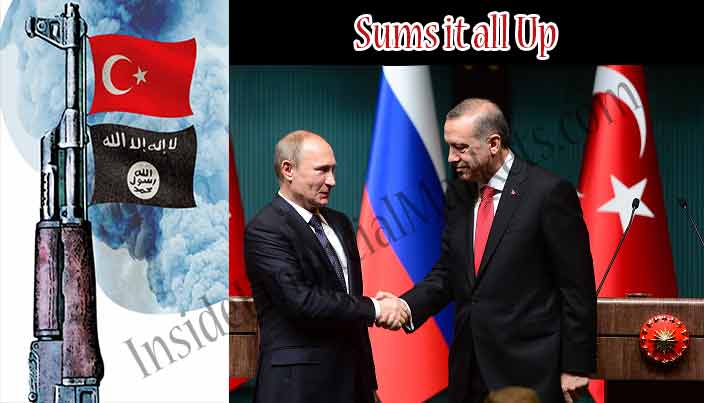 Turkish intelligence chief: ISIS is a reality and we must stop Putin

Turkish intelligence chief: Putin’s intervention in Syria is against Islam and international law, ISIS is a reality and we are optimistic about the future. 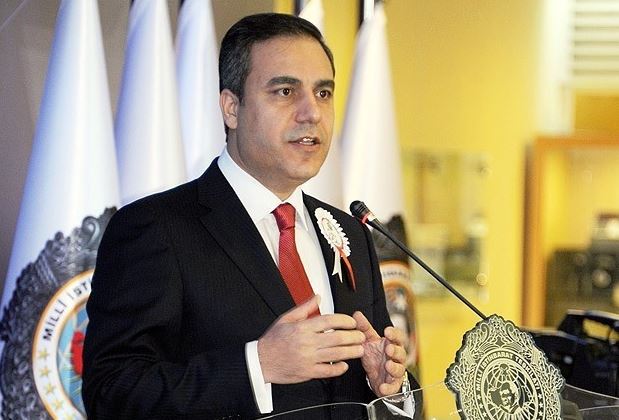 Ankara— Hakan Fidan, the head of Turkey’s National Intelligence Organization, known by the MİT acronym, has drawn a lot of attention and criticism for his controversial comments about ISIS.

“ISIS is a reality and we have to accept that we cannot eradicate a well-organized and popular establishment such as the Islamic State; therefore I urge my western colleagues to revise their mindset about Islamic political currents, put aside their cynical mentalité and thwart Vladimir Putin’s plans to crush Syrian Islamist revolutionaries,” – Anadolu News Agency quoted Mr. Fidan as saying on Sunday.

Fidan further added that in order to deal with the vast number of foreign Jihadists craving to travel to Syria, it is imperative that ISIS must set up a consulate or at least a political office in Istanbul. He underlined that it is Turkey’s firm belief to provide medical care for all injured people fleeing Russian ruthless airstrikes regardless of their political or religious affiliation.

Recently as the fierce clashes between Russian army and ISIS terrorists are raging across the war-torn Syria, countless number of ISIS injured fighters enter the Turkish territory and are being admitted in the military hospitals namely those in Hatay Province. Over the last few days, the Syrian army with the support of Russian air cover could fend off ISIS forces in strategic provinces of Homs and Hama.

Emile Hokayem, a Washington-based Middle East analyst said that Turkey’s Erdoğan and his oil-rich Arab allies have dual agendas in the war on terror and as a matter of fact they are supplying the Islamist militants with weapons and money, thus Russian intervention is considered a devastating setback for their efforts to overthrow Syrian secular President Assad.

Hokayem who was speaking via Skype from Washington, D.C. highlighted the danger of Turkish-backed terrorist groups and added that what is happening in Syria cannot be categorized as a genuine and popular revolution against dictatorship but rather it is a chaos orchestrated by Erdoğan who is dreaming to revive this ancestor’s infamous Ottoman Empire.

***
Wiki: In 2014, voice recordings, where Hakan Fidan, foreign minister Davutoğlu, Deputy Chief of Staff, Lt. Gen. Yasar Güler, and other military personnel discusses a potential false flag incursion into Syria, was leaked to YouTube and shared across Twitter. The event resulted in the Turkish government blocking access to Twitter, then YouTube, and finally the DNS servers of Google DNS and OpenDNS.[10] In the voice recording, he is heard saying, to a military personnel, “… [i]f legitimacy [of a possible incursion into Syria] is an issue, I can simply send a few men there [across the Syria-Turkey border] and have them launch missiles over to us. Legitimacy is not a problem. Legitimacy can be manufactured.” Seymour Hersh later linked what was said in this leaked meeting with CIA-Erdoğan dealings on Syria
Ankara--- Hakan Fidan isis Syria Islamist Turkish President