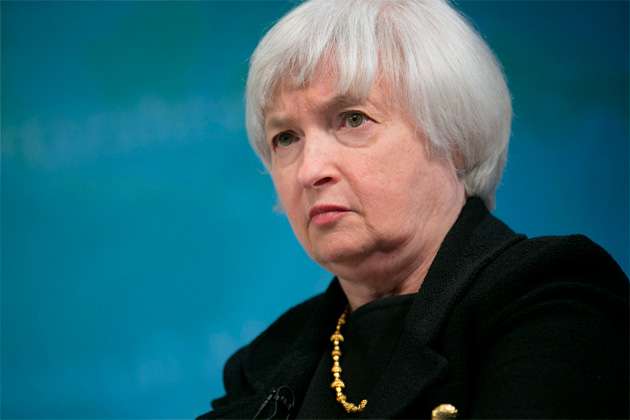 “I don’t expect the (Federal Open Market Committee) is going to be soon in the situation where it is necessary to cut rates,” Yellen said. “There is always a risk of a recession…and global financial developments could produce a slowing in the economy,” she added.

Yellen said she expected continued U.S. economic growth would allow the Fed to pursue its plan of “gradual” rate hikes, but her comments kept the central bank’s options open.

“I think we want to be careful not to jump to a premature conclusion about what is in store for the U.S. economy. I don’t think it is going to be necessary to cut rates.”

Investors have all but ruled out further interest rate rises this year, after the Fed raised its fed funds rate for the first time in a decade in December.

“The general message she intended to deliver is that additional rate hikes remain the base case, but markets have to stabilize before we see more,” said Cornerstone Macro analyst Roberto Perli.

Worries about Chinese economic growth, poor U.S. fourth quarter corporate earnings, and the impact on capital spending and employment in the energy sector of the slump in oil prices, have roiled global markets in the past month.

The U.S. dollar fell to a 15-month low against the yen as investors backed away from earlier expectations that the Federal Reserve would continue to raise interest rates.

“What Yellen said has been taken positively,” said Richard Sichel, chief investment officer of Philadelphia Trust Co in Philadelphia. “Stocks in general are cheaper now than they were three days ago or three months ago, so there’s an opportunity to step in.”

Yellen’s comments were her first since the Fed’s December rate hike, allowing her to take stock of several weeks in which concerns have grown about slowing U.S. growth, a continued collapse in oil markets, a downturn in U.S. equities, and more than one suggestion that the Fed’s December move was a mistake.

Some of the most pointed questions from lawmakers on the House Committee on Financial Services, however, focused less on the broad economics of the Fed’s rate hike and more on the tools the central bank has used to achieve it, particularly the payment to banks of interest on the roughly $2.5 trillion in reserves held at the Fed.

While Yellen said the interest payments on bank reserves are currently an indispensable part of the Fed’s arsenal to raise short term interest rates, the program drew bipartisan criticism.

“This is going to the big banks, it is a subsidy…Please explain that,” said California Democrat Maxine Waters, in critical comments that drew agreement from the committee’s chairman, Texas Republican Jeb Hensarling.

As in her other congressional appearances, Yellen also sparred with Republicans over her opposition to using a stated monetary policy rule instead of the Fed’s discretion in setting interest rates, and fielded questions from Democrats about continued high unemployment among blacks and Hispanics.

“Our tools are not ones that can be targeted at particular groups,” Yellen said, suggesting “job training, educational programs, programs that address barriers in the labor market, this is Congress’ job to address.”

The Fed regards the current 4.9 percent jobless rate as close to full employment, and Yellen said that could fall even further if the economy grows as expected.

In her prepared remarks, however, Yellen acknowledged that a series of global problems have grown worse since the Fed lifted rates from near zero in December.

“These developments, if they prove persistent, could weigh on the outlook for economic activity and the labor market,” Yellen said in her semi-annual appearance before lawmakers.

But Yellen emphasized a steady-as-she-goes account of Fed policy, with good reason to believe the United States economy will continue to grow and allow the Fed to pursue its plan of gradual rate hikes.

The Fed “expects that with gradual adjustments in the stance of monetary policy, economic activity will expand at a moderate pace in coming years and that labor market indicators will continue to strengthen,” she said.