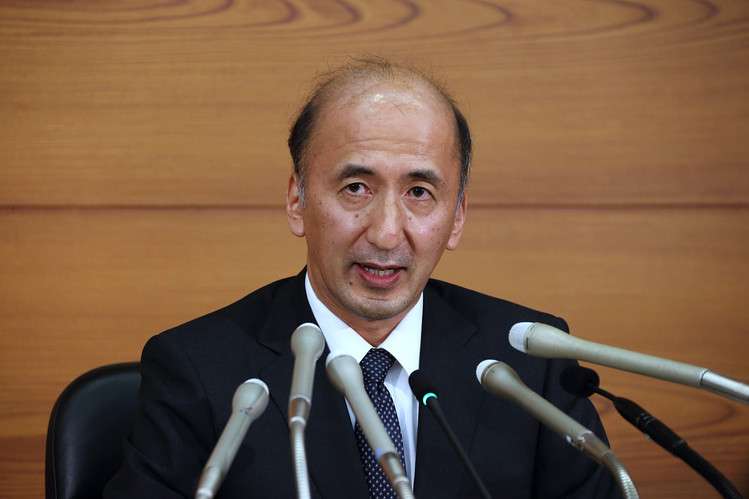 NAHA, Japan, March 3 (Reuters) – Bank of Japan Deputy Governor Hiroshi Nakaso on Thursday put the onus on the government to speed up structural reforms to boost the country’s growth potential and maximise the economic impact of the bank’s massive monetary stimulus programme.

“We will be a terminator of deflation … We’ll look to see if there is room to take further policy steps as many times as needed to eradicate deflation,” Nakaso told reporters after meeting with business leaders in Okinawa, southern Japan.

But he stressed that the BOJ needed more time to gauge how its decision to adopt a 0.1 percent negative interest rate would affect the economy.

He also said the BOJ’s monetary efforts must be accompanied by growth strategies to address long-term woes such as a rapidly dwindling working-age population – the third arrow of premier Shinzo Abe’s “Abenomics” stimulus policies.

“Monetary policy to overcome deflation and the structural reform to raise the potential growth rate must be pursued in tandem to bring Japan’s economy back on track toward sustained growth,” Nakaso said.

“Now that the BOJ has taken monetary easing one step further … I hope the third arrow of Abenomics, the growth strategy, will fly higher and faster.”

The BOJ unexpectedly cut a benchmark interest rate below zero in January, stunning investors as it struggles to stimulate the economy in the face of volatile markets and slowing global growth. (Full Story)

But the move has drawn criticism from lawmakers for failing to stem an unwelcome rise in the yen. Four of the BOJ’s nine board members voted against the decision, questioning whether pushing down already low borrowing costs would boost growth.

Nakaso, who voted for the January easing, said negative rates will stimulate demand and spur investment by underscoring the BOJ’s determination to achieve its 2 percent inflation target.

He also dispelled concern that negative rates would hurt financial institutions’ profits, stressing that the BOJ will charge 0.1 percent interest only to about 10 trillion yen ($87.9 billion) of the roughly 260 trillion yen in reserves parked with the central bank.

Japan’s economy shrank more than expected in the final quarter of last year as consumer spending and exports slumped, and some analysts believe conditions have remained weak so far in 2016.