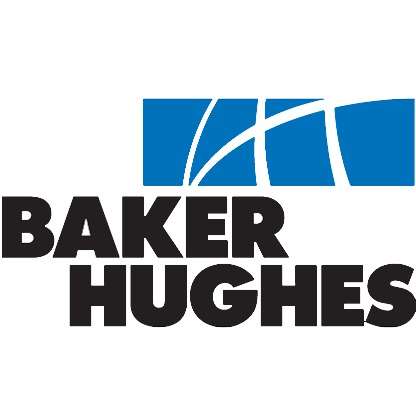 American oil and gas services firm M/s Baker Hughes has abruptly stopped its operations in Pakistan, causing an uproar in oil and gas exploration and production sector. According to the company sources, Baker Hughes was working with OGDC, POL, MOL, PPL and UEP and operations of these oil and gas explorations companies are expected to be severely affected resulting in huge losses. Sources revealed that Baker Hughes sacked over 60 workers out of its 70 plus workforce in Pakistan and the company is not offering any explanation or compensation to the sacked employees on terminations without prior notice.

Baker Hughes is considered the biggest oil and gas services firm in the world which is operating in more than 80 countries, providing services to oil & gas sector. Company recently closed its operations in Germany and Venezuela too where it paid up to 2 year salaries and other benefits to the terminated employees but in Pakistan the company is not only denying any such benefit to its sacked employees but has closed down its operations without getting NOCs from relevant departments.

According to a labor law expert, companies are bound to pay no less than three year advance salaries including compensation package when they shut down operations suddenly and Governments around the world strictly implement this law. The expert further added that the most recent examples of such situation are Germany and Venezuela where Baker Hughes shut down its operations and offered two year advance salaries including compensation package to all sacked employees. An ex-country manager of Baker Hughes informed Business Recorder that when the company was planning to shut down its operations in 2005 in Pakistan, it offered 5 year advance salaries to employees.

“Baker Hughes is hauling out of Pakistan suddenly and it would negatively impact on oil exploration companies in Pakistan,” stated the country manager of a foreign oil and gas exploration company working on several wells in Pakistan. He further added that sudden shutdown of Baker Hughes operations may cause billions of rupees loss to oil exploration companies and it will also pave the way for monopoly of few service providers which is not a good sign for oil & gas companies. He further said that the company is pulling out from Pakistan without fulfilling regulatory and legal affairs.

Sources revealed that the decision to pull out from Pakistan came after a $35billion failed plan of strategic merger between two US based petroleum giants Baker Hughes and Halliburton. Company’s internal sources revealed that under the strategic merger plan between Baker Hughes and Halliburton, the company got $3 billion from Halliburton to offer compensation package and advance salaries to sacked employees around the world. However, Pakistan is the only country where sacked employees are not being offered any financial benefits and compensation package and the company is offering them only three months’ advance salaries.

A source at a petroleum company revealed that the company does not need any clearance from the Ministry but requires NOCs from at least 25 government departments including FBR, BOI, and SECP. A very senior sacked employee of the company whose services were terminated early this month claimed that the company has conducted several major oil & gas operations by providing the oil and gas industry products and services for drilling, formation evaluation, completion and production and reservoir consultations in the last 25 years in the country and earned billions of dollars.

He added that the company is currently leasing 5 to 7 rigs to its major clients including OGDCL, MOL, PPL and United Energy Pakistan Ltd. Company has informed all its major clients verbally or through email only that it is closing down its operations in Pakistan.

Another source at the company stated that oil and gas sector would be severely affected and they are seriously thinking of taking this matter up to highest government level. Companies like OGDCL, MoL, PoL may likewise request the government to intervene in this matter. The company is said to have offered exit bonus and lucrative compensation to a select group of people who are facilitating the company in a smooth exit.