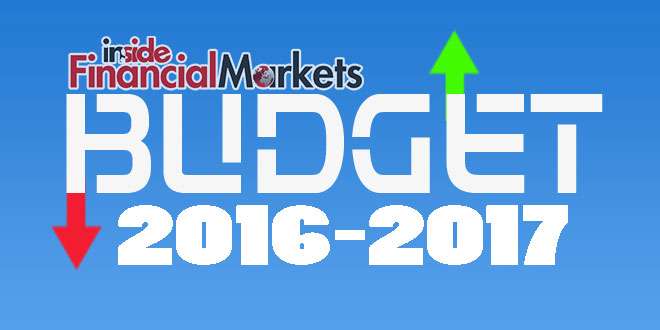 Budget 2016 Impact on Stock Markets of Pakistan [Neutral to Negative]

Inflation, unemployment, deficit financing, social sector, exports, industrial and agricultural growth, and volume of spending by the state — these are the main areas the world’s best budgets address in an annual budget.

In this article, I will give a brief overview of FY17’s budget and the performance of Pakistan’s economy in FY16. Further, I will also analyze the sector-wise impact of the budget on the future performance of PAK ETF.

Before going into the impact on the major sectors of ETF, following are the sector weightings of the ETF:

Fertilizers
In this budget, the government has announced special incentives for the agriculture sector. Through subsidy, the prices of urea would be dropped from PKR 1800 per bag to PKR 1400 per bag, whereas DAP prices have shrunk to PKR 2500 per bag from PKR 2800 bag. Further, all fertilizer companies would benefit from the reduction in GST from 17% to 5%, triggering an increase volumetric sale dispatches.

Moreover, a continuation of phosphate subsidy that was announced in Kissan Package for 2016-17 would reap gains for FFBL (~1.52% of ETF’s net assets), a sole manufacturer of DAP.

Banks
The government has not announced any new comprehensive policy that could materially affect this sector. However, the imposition of the super tax will further compress the earnings of the banks. Moreover, it is worth noting that the historically low interest rate also has the toll on the profitability of the banking sector.

Cement
FED (federal excise duty) has been increased by PKR 27 per bag. I expect cement manufacturers to pass on the whole incidence of the tax by raising prices, however, this won’t have any significant effect on the demand for cement, which is upbeat due to burgeoning construction activity. Further, the government has also imposed a tax on real estate developers but this would also have minimal impact on the sale of private residential and non-residential facilities.

Textile
The textile sector would greatly benefit from the budget of FY17 due to the following measures were undertaken by the government:

Unfortunately, the textile sector only constitutes 1.82% of the ETF. Nevertheless, the above-mentioned measures by the government would reduce the systemic risk of the country by stabilizing its current account deficit following an increase in exports.