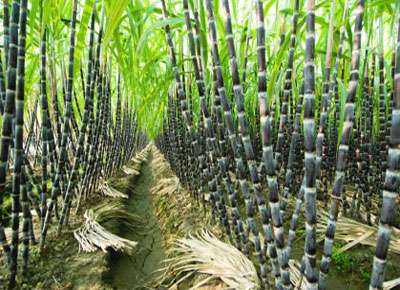 USC has sent the case to the CCP on the instructions of National Assembly Standing Committee on Industries and Production headed by Asad Umar who recently refused to withdraw an inquiry undertaken by NAB against eligibility of inland freight subsidy.

A delegation of Pakistan Sugar Mills Association (PSMA) led by its Chairman Iskandar Khan will meet the Commerce Minister, Engineer Khurram Dastgir on September 26, 2016 on the issue of inland freight subsidy, which has not been paid for the last three years.

Last month, Chairman USC Board of Director, Jamal Mustafa Siddique informed a parliamentary panel that the Corporation was facing cartelization in sugar procurements as millers quote the same price or opt to shy away from participation.

“On sugar tender CCP was in touch with the USC management for accessing data and other documents. As the matter is finalised, CCP will send its findings to the concerned quarters,” the sources added.

According to sources, USC went for two or three more tenders of sugar recently in addition to earlier tenders and proceeded in the same manner.

“Sugar millers quote similar price in the tenders or prefer not to participate in tenders – the issue exists,” the sources maintained.

In 2011-12, CCP had passed an order against sugar mills on alleged cartelization which is still suspended due to stay order. In that case, the same allegations were made against the mill owners.

A spokesman of PSMA has strongly condemned statement of USC and their approaching CCP against its members’ for non-cooperation and alleged cartelization.

USC has its own issues of non-transparency, inefficiencies and other mal-practices which are rampant within the organisation. It has been reported by member mills participating in USC tenders that for payment of their outstanding amounts they have to follow “the procedure”, the spokesperson said adding that USC should procure at an appropriate time when sugar prices are lower especially during the crushing season.

Presently, USC outlets are almost out of sugar because sugar mills are not participating in the tenders, which has created a crisis like situation for the organisation due to higher rates in the local market and off-season, the sources said, adding that mill owners had held the stocks when prices crossed Rs 80 per kg in the retail market.

USC made available limited quantity of sugar at stores before Eid from branded stocks and through High Court. New season will start from second week of November.

The sources further stated that CCP has also urged Pakistan Sugar Mills Association to participate in the USC tenders.

“We are expecting that sugar mills will participate in a fresh tender of 20,000 tons of sugar to be opened on September 22, 2016,” the sources said.

Sources in USC told Business Recorder that the Managing Director USC, Waseem Mukhtar Chaudhary has sent an offer to the PSMA, the representative body of mill owners, to have a meeting and sort out issues.

“USC wants to settle all issues with the Association including the payment mechanism amicably so that sugar can be made available to the consumers,” the sources maintained.