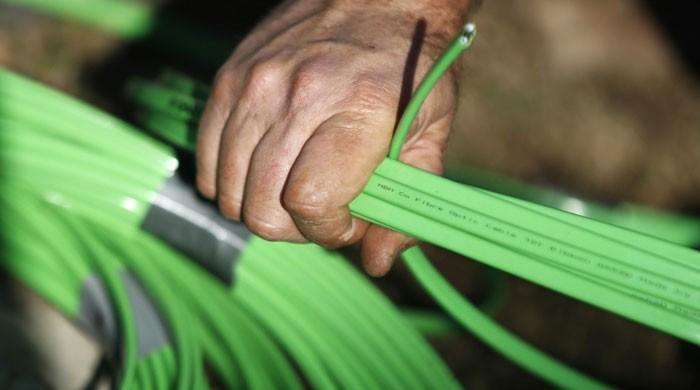 PTCL data and cellular services in different parts of the country were disrupted Monday owing to a major fault in the PTCL back-end network.

Internet subscribers of different cellular companies reportedly also faced difficulties due to the disruption, it was reported.

PTCL and Ufone subscribers in Islamabad, Karachi, Lahore and Peshawar reported degraded services, according to DawnNews.

Ufone is a wholly-owned subsidiary of PTCL. Both companies use the same cable to provide internet services, reported DawnNews.

PTCL spokesperson said that it was a multiple cable cut at different places which caused the breakdown and the authorities are investigating the case.

The officials said efforts were underway to restore the services. However, company sources declined to provide a timeline in which the problem would be rectified, reported DawnNews.

“The restoration work has started, its being carried out at areas near Karachi and Hub,” the spokesperson added.

In a tweet from the official PTCL Twitter account, the company said: “We are currently facing major outage on our network, due to which internet service to some of our users have been affected.”

“Our teams are working on-ground to restore the service as soon as possible. We sincerely regret the inconvenience caused.”

PTCL officials also clarified that their land-line services are working fine across the country.

In a separate unverified tweet from a local Twitter account, it was claimed that developmental work in Karachi’s Nooriabad area caused damage to PTCL’s fibre optic network, resulting in the outage.