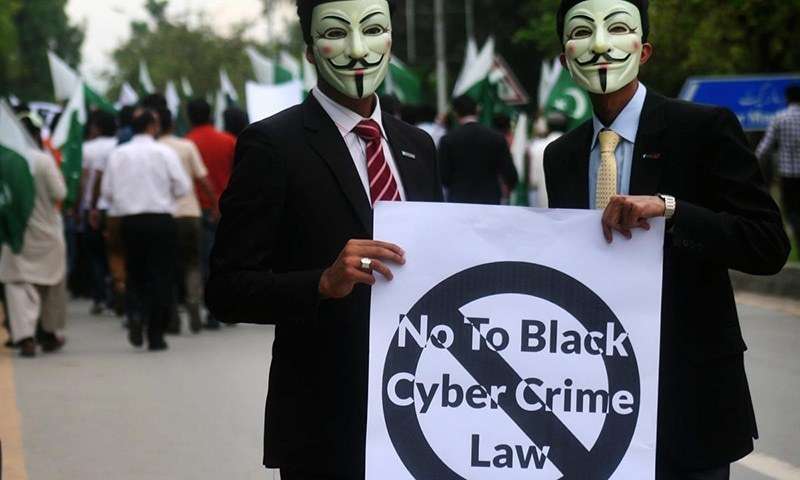 Electronic Crimes Bill 2015 was approved in the National Assembly (NA)

The controversial Prevention of Electronic Crimes Bill 2015 was approved in the National Assembly (NA) on Wednesday.

The bill must also be approved by Senate before it can be signed into law.

The draconian bill ─ which has been criticised by the IT industry as well as civil society for curbing human rights and giving overreaching powers to law enforcement agencies ─ was submitted to the NA for voting in Jan 2015 by the Ministry of IT.

It was then referred to the NA Standing Committee on Information Technology and Telecommunication to address concerns raised by the opposition members and stakeholders from the industry.

A draft of the cybercrime bill was then forcefully cleared by the standing committee in September before being forwarded to the NA for final approval without showing committee members the copy of the bill.

According to critics, the proposed bill criminalises activities such as sending text messages without the receiver’s consent or criticising government actions on social media with fines and long-term imprisonment. Industry representatives have argued that the bill would harm business as well.

Online criticism of religion, the country, its courts, and the armed forces are among subjects which could invoke official intervention under the bill.

Scratch through the surface of the Bill, and there is much that is controversial.

Critics say that a government-led sub-committee put in time to modify the draft that had originally been chiselled by the IT ministry and industry stakeholders and activists — the latter now holding that they were excluded from the process of finalising the draft.

What now stands to be tabled in the National Assembly, they say, is a loosely worded piece of legal drafting that not just betrays a poor grasp of the technical aspects of digital communications and the internet, but also contains several deeply problematic clauses that are open to misinterpretation and may be used as crutches for censorship and the suppression of views a government finds unpalatable.

Consider, for instance, Section 31, the most jarring of several examples.

Under this section, the government could block access to any website “in the interest of the glory of Islam or the integrity, security or defence of Pakistan or any part thereof, friendly relations with foreign states, public order, decency or morality.…” Who is to decide what undermines the integrity of Pakistan, or its relations with other states?

Who exactly are the “friendly foreign states”, and where would countries with which Pakistan has fluctuating ties such as the US be placed? Critics also refer to several other technically flawed and vague definitions that pose threats to ordinary citizens.

Sections 17 and 18: Political criticism and political expression in the form of analysis, commentary, blogs and cartoons, caricatures and memes has been criminalised.

Section 19: Any person who tests system security will be an offender

Section 20: Obscene’ or ‘immoral’ messages on Facebook, Twitter, and other social platforms, have been made offences without defining obscenity or immorality; thus giving sweeping powers to investigating agencies to implicate anyone on these charges.

Section 21: Sending an email or message without the recipient’s permission will become an offence.

Section 26: The definition of ISPs and telcos has been expanded to now include any place that offers the public access to internet, i.e. restaurants, malls, hotels, offices, airports and stations.

Well the reaction on Social media is outbursting

In democracy ppl elect a party to rule public not to fool.
Criticising wrong policies is our RIGHT#CyberCrimeBill pic.twitter.com/xialZkd7no

Sending text messages without receiver’s consent.
Is that some girlfriend rights bill?#CyberCrimeBill

This cracks me up tho

thank you #CyberCrimeBill for providing us with an opportunity for a twitter meet up… in jail.

The wanna be Pro (would end up in jail too :D)