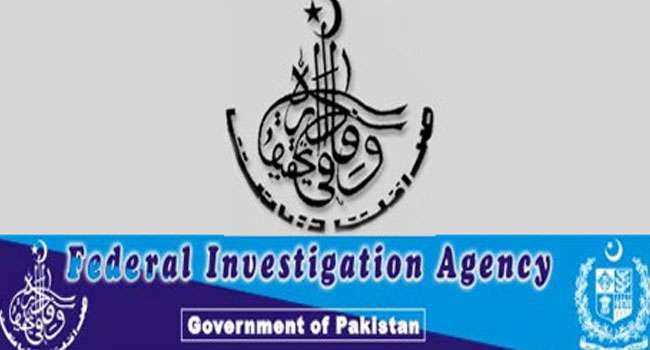 The Federal Investigation Agency (FIA) raided an oil depot of the MOL International Oil Company at Karak district of Khyber Pakhtunkhwa and has taken the sensitive records of the company into possession, a well-placed source confided to Daily Times.

The Federal Investigation Agency’s senior officers raided the oil depot of the company in connection with a 30 billion rupees oil theft case which was lying pending for the last many months.

It is very interesting to note that when the FIA personnel were searching the MOL base office situated at Karuk district of KP the then state minister Petroleum, Jam Kamal, was undertaking a private visit to Hungary where the MOL international company has its headquarters.

Oil worth more than 30 billion rupees was pilfered from Tul and others adjacent blocks where MOL has a storage of oil and has successfully made gas discoveries.

The issue of oil theft was thoroughly debated in various parliamentary committees and a public accounts committee had also formed a sub-committee to probe the matter and to identify the real culprits behind this theft.

MOL is a Hungary-basef international oil company and has high stacks in this area as it is a partner of other oil companies including the OGDCL etc that have already discovered the huge treasure of gas and oil reserves from this area, the source disclosed.

The senior officer privy to this development said that the FIA had raided a MOL depot, on the direction of the high-ups of the federal government, who were watching this case very minutely and had resolved to recover the oil from the culprits who had stashed away this national wealth.

The senior officer further said that the FIA had been studying the documents and other papers received from the MOL depot, to reach to the conclusion of the oil theft case and hoped that in the light of the clues received from these papers, the real culprits would be made answerable to their deeds.

The source said that on the direction of the parliamentary committee, the Commissioner Kohat Division conducted an inquiry of the oil theft issue and allegedly exonerated the persons who were considered behind the huge heist.

While setting aside the report prepared by the commissioner Kohat division , the Chief Secretary assigned the task to another upright officer who conducted the inquiry and submitted the findings to the provincial government of KP.

The Chief Secretary KP government, has sent this inquiry report to the federal government for further orders with the recommendation that strict action be taken against the responsible persons who had been identified in the report.

The FIA team comprising its senior officer made a surprise visit to the MOL oil depot and inquired from the MOL person regarding the 30 billion rupees oil theft issue and afterwards compiled the report.

The Petroleum Ministry’s spokesman confirmed to Daily Times that State Minister Jamal Kamal, had under taken a private visit to Hungary where the MOL Oil International Company has its headquarters.

The spokesman said that Jamal Kamal had taken the competent authority into confidence before proceeding to Hungary but the Prime Minster’s Secretariat has not confirmed to Daily Times regarding Jamal Kamal’s visit to Hungary.

The Secretary Information, Sabba, was contacted through SMS and asked whether the state minister’s visit to Hungary did not fall under the purview of conflict of interests as the FIA anti corruption, which was a government organisation was investigating the role of MOL in the 30 billion rupees oil theft issue.

Daily Times also approached the MOL office to get their comments regarding the FIA raid but the company spokesman did not come up to say any thing on the issue confronting MOL for the last many years.

The source also confided that the PAC sub- committee, headed by Naveed Qamar, also submitted its report to the parliamentary committee for further action and the main PAC is likely to take up this issue in the coming weeks.

The source said that the Secretary Petroleum Arshid Mirza, Minister Petroleum Shahid Khaqan Abbasi and State Minister Jam Kamal, had developed very close relations with MOL whose dirty affairs were now being investigated by the FIA.

The question which arises from this whole scenario is whether national interests focussing on the oil and gas fields were safe in the presence of the troika who had taken complete control over the petroleum ministry affairs and was allegedly undertaking secret, private visits to the headquarters of oil companies situated in foreign countries.

The source disclosed that the FIA would also grill the senior officer and political personalities who had developed close ties with MOL and were allegedly giving benefits to MOL at the cost of the country’s national wealth.