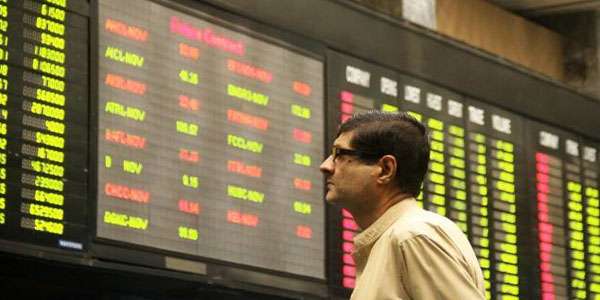 Senator Ishaq Dar said here Wednesday that Pakistan’s re-entry in the Morgan Stanley Capital International’s (MSCI) list of Emerging Markets is an occasion for the whole Pakistani nation to rejoice and bears testimony to the economic achievements that the country has made during the tenure of PML-N.

The Minister was addressing a ceremony held at the Securities and Exchange Commission of Pakistan (SECP) commemorating Pakistan’s inclusion in the MSCI’ Emerging Markets list.

The Minister said Pakistan had lost this status in 2008 and on that day he had vowed that concerted efforts would be made to regain the lost position. By the Grace of Almighty Allah with marked improvement in economic indicators, reforms undertaken in different sectors of the economy and good governance under the present government, we have regained our lost status, the Minister remarked.

The Minister while felicitating the SECP, the PSX and other stakeholders for their contribution towards achieving the emerging market status, said this development would boost domestic and foreign investment and help the government to achieve the prime objective of economic growth.

The Minister said that the painstaking work on economic reforms had started to pay dividends. He said that the reform process would continue and Companies Bill 2016 will be the next landmark in this process.

Minister Dar said after achieving macroeconomic stability we have full focus on economic growth. A number of incentives have been announced in the budget 2016-17 for development of industry, promotion of exports as well as revival of the agriculture sector. All these measures are aimed at growth and maximum attention has been paid to the agriculture sector which has significant contribution to make in the national economy. We have to enhance export to GDP ratio and we are fully committed to this objective, the Minister added. He said there has been no downward revision in revenue target this fiscal year and there has been 60% increase in FBR revenue collection in the last three years which is a singular achievement. The Minister on this occasion added that 12thIMF Review was also nearing and it would be the final review under the EFF programme.

The Minister concluding his address reiterated his proposal to all political parties to have a charter of economy. We must separate economy from politics and work for its betterment rising above all other considerations, the Minister added.