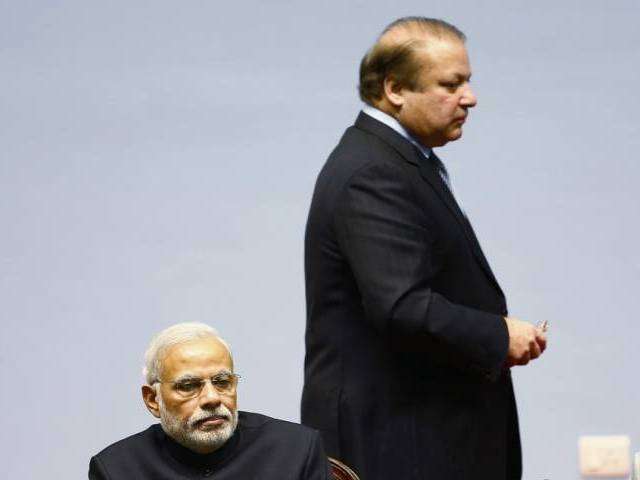 The fate of a key regional summit is shrouded in uncertainty due to a seething diplomatic tiff between Pakistan and India over unabated brutalities of Indian security forces in the disputed Himalayan region of Kashmir.

The summit of the South Asian Association for Regional Cooperation (Saarc) is scheduled to take place in Islamabad in November. Though the meeting is more than two months away, Pakistani officials are unsure if it will go ahead as planned in the wake of escalating tensions between Pakistan and India.

Rest in peace SAARC: The tug of war between India and Pakistan

“I can’t say anything for sure….there are 50/50 chances,” said a senior government official when asked if the Saarc summit would take place on November 9 and 10 in Islamabad.

India, like other countries, had earlier confirmed its participation, said the official who spoke to The Express Tribune on condition of anonymity because he is not authorised to speak to the media on the record.

However, given the current strain in bilateral relations it was not clear if India’s Prime Minister Narendra Modi would travel to Islamabad to attend the conference, the official added.

Saarc, which comprises eight countries – Pakistan, India, Afghanistan, Sri Lanka, Bhutan, Nepal, Bangladesh and the Maldives – was established in 1985 to enhance trade and commercial ties among member states but it remains ‘hostage’ to fragile ties between Pakistan and India. Even so, the multilateral forum has in the past helped the two nuclear-armed neighbours thaw their otherwise frosty relationship.

Pakistan is hosting the Saarc summit. The then Indian prime minister, Atal Behari Vajpayee, had travelled to Islamabad after months of tensions between the two countries. Vajpayee’s meeting with President Gen Pervez Musharraf on the fringes of the summit led to a major breakthrough as the two sides agreed to resume bilateral dialogue to discuss all outstanding issues, including Kashmir.

The problem with SAARC

However, this time the situation appears to be different as relations between the two countries have gone from bad to worse over the past few weeks. The main cause of friction is the ongoing unrest in Indian Kashmir. New Delhi is upset over Islamabad’s ‘aggressive diplomacy’ on Kashmir by highlighting human rights violations being committed by Indian security forces in the disputed valley.

Officials said Modi’s rhetoric suggested that he might not travel to Pakistan for the Saarc summit. However, officials said a visit of India’s Finance Minister Arun Jaitely for this week’s Saarc ministerial conference in Islamabad would give a clear indication whether or not Modi would participate in the summit.

The Saarc finance ministers’ conference is scheduled to take place on Aug 25 and 26. A Foreign Office official said India has yet not confirmed Jaitely’s participation in the meeting.

If reports from India media are to be believed, then Jaitely is unlikely to travel to Islamabad because of the current stalemate in ties as well as experience of Indian Home Minister Rajnath Singh who visited Pakistan earlier this month for a Saarc interior ministers’ conference.

Rajnath used his visit to blame Pakistan for sponsoring terrorism, something that drew a scathing reaction from Interior Minister Chaudhry Nisar Ali Khan, who had to set aside protocol to respond to the charges. That prompted Rajnath to skip a lunch Nisar had hosted for the Saarc ministers and leave the conference in the middle.

“Given this hostility between the two countries, I won’t be surprised if the Saarc summit is postponed,” said the official.  “But India has to be responsible if this happens because Pakistan is ready to host the summit,” the official added.