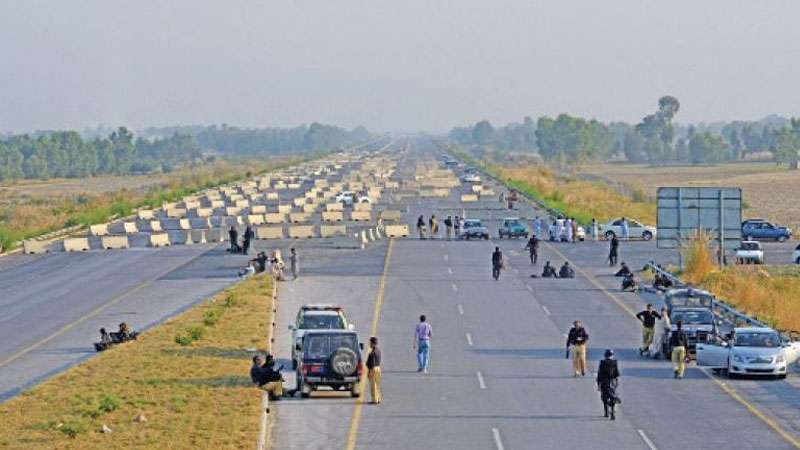 The motorway linking Khyber Pakhtunkhwa province to the federal capital Islamabad was reopened on Sunday as the authorities removed containers from main roads. Heavy contingents of policemen and FC personnel remain present there to prevent Pakistan Tehreek-e-Insaf (PTI) workers from reaching the federal capital.

The prime minister had issued directives for removal of all barricades on highways linking KP to Punjab, according to well-placed sources.

The barricades had been placed on the motorway on Friday night after a mob of armed people had tried to enter the federal capital. Clash erupted when police tried to stop these people on the Attock Bridge. The sources said the armed men ran away on arrival of the security reinforcements and all barricades on the motorway linking KP to Islamabad were being removed after the situation was brought under control. On Saturday, police had placed shipping containers at Rashkai Interchange and Khairabad Bridge. The Peshawar-Islamabad Motorway was closed at the Swabi Interchange while barricades had also been placed at Mardan and Nowshera roads.

Additional contingents of police and Frontier Constabulary (FC) personnel have arrived outside Imran Khan’s residence in Bani Gala today to deal with any sort of agitation.