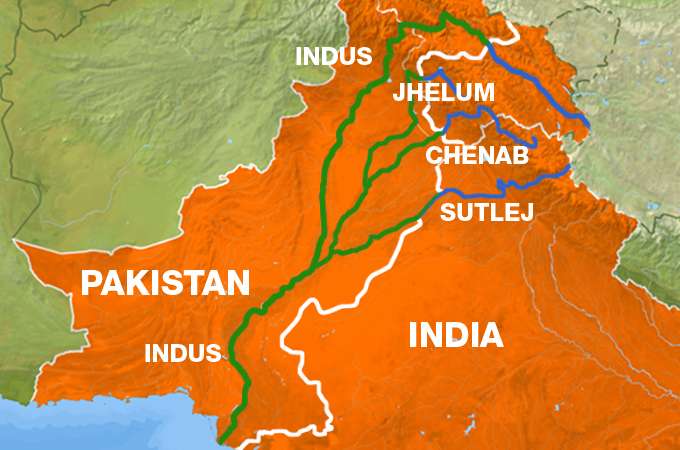 Pakistani and Indian officials said Wednesday they would consider resuming direct talks over water sharing after the World Bank halted a process to arbitrate a long-standing dispute over two Indian hydroelectric projects. Pakistan, a country of 180 million people with a largely agriculture-based economy, fears the projects could severely deplete its water resources. Many worry the dispute could one day drive the already bitterly divided nuclear-armed rivals to war.

In September, Pakistan requested the World Bank look into the dams, which are to be built on the Chenab and Jhelum Rivers. Pakistan has exclusive rights to both waterways under the landmark 1960 Indus Water Treaty, with was brokered by the World Bank. Bowing to demands from both sides, the World Bank said it would appoint a neutral arbiter and a court of arbitration. But officials feared the arrangement could produce conflicting rulings that risk unravelling the treaty.

Tensions are already running high over Kashmir, a Himalayan region divided by Pakistan and India and claimed by each in its entirety. The two countries have fought two of their three wars over Kashmir. Indian Foreign Ministry spokesman Vikas Swarup said Wednesday that his country remains “fully conscious” of its international obligations and is “ready to engage in further consultations.”

A Pakistani official, speaking on condition of anonymity because he was not authorised to brief reporters, confirmed that direct negotiations would resume soon, without elaborating. Arif Mahmood, a professor at Quad-e-Azam University, termed the move a welcome step, saying Pakistani experts needed to do more homework before entering the talks. He said in previous discussions Pakistan has failed to convince India of the dangers posed by the projects.

“Pakistan also has one of the most inefficient irrigation systems, where an estimated 70 percent water goes to waste,” he said. Under the treaty, India has exclusive rights to three Indus basin rivers, including the Ravi, which has virtually disappeared on the Pakistani side. The dry river bed is now a popular cycling trail.