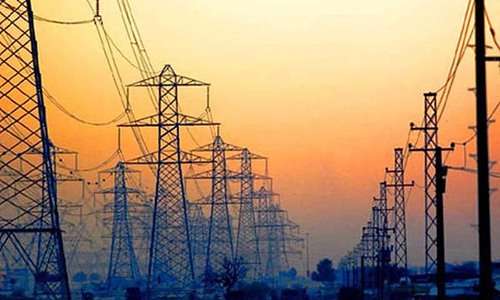 The Auditor General of Pakistan has unearthed 212 cases of financial irregularities amounting to Rs 1000 billion (one trillion rupees) in Water and Power Development of Authority of Pakistan and other power sector entities during financial year 2014-15. According to the audit report of 2015-16, total auditable expenditure and revenue budget for the financial year 2014-15, under the jurisdiction of Director General Audit Wapda were Rs 676.635 billion and Rs 990.108 billion respectively.

The Director General Audit Wapda conducted an audit of the expenditure and revenue up to the amount of Rs 515.654 billion (76%) and Rs 776.598 billion (78%) respectively on test check basis in accordance with the audit methodology as given in Financial Audit Manual. The audit pointed out recovery of Rs 537.367 billion at the instance of audit and recovery of Rs 475.393 billion was established during the audit year 2015-16. Recovery of Rs 29.996 billion was affected from January to December, 2015.

The audit was of the view that one of the major issues is the less recovery of subsidies pertaining to tariff differential and agriculture from federal government and provincial governments. The management agreed to refer the matter for reconciliation between Finance Division of GoP and CPPA. Refund of GST from FBR due to non-recovery of electricity charges or write off from defaulter consumers was not being made. The management agreed to take up the matter with FBR through Ministry. The Discos could not collect Rs 232.456 billion from defaulters and a recovery drive was launched by them after being pointed out by audit. The procurement of material and consultancy services at various Wapda/Pepco formations involved violation of PPRA Rules, provision of PC-I and contract clauses. On the instance of audit, the management now is inclined towards greater, transparency and competitive bidding. The management has taken the initiative of regularising the illegal extension of load by recovering the additional security and capital cost besides fixing responsibility on person (s) found at fault.

The audit team was of the view that an effective internal control framework serves as a major tool for management to achieve objectives of the organisation. Internal controls of the department were found weak and ineffective as various control lapses were identified during audit. There was poor monitoring of collection of revenue, misappropriation/theft of material, embezzlement/misuse of public funds, incorrect billing, non-implementation of commercial procedure and non-adherence to provisions of power policy. The report describes that internal control system was deteriorating day by day as increase in cases of embezzlement of revenue, non-implementation of EROs, violation of PPRA Rules were indicating failure of controls.

Internal audit has been set up as a part of internal control system in Wapda, Pepco and its corporate entities. It carries out the audit of the consumers accounts to the extent of 100% kept at customer services offices of distribution companies and test audit of expenditure of Pepco and Wapda in addition to the physical verification of stock held at various stores. Despite having an internal audit, recurrence of frequent irregularities year after year cast a shadow of doubt on effectiveness of internal control system.

The audit team further stated that audit paras for the audit year 2015-16 involving procedural violations including internal controls weaknesses and irregularities, not considered significant enough to report to the Parliament, have been included in MFDAC report.

The audit has recommended that there is a dire need for improvement in the financial situation of Wapda and corporate entities under Pepco. For this purpose, Companies need to prepare financial improvement/recovery plans. Pepco needs to bring the existing generating capacity at par with the installed capacity of all existing thermal plants. WAPDA needs to adhere to timelines regarding the construction of major hydel power projects to keep in check the cost of its projects.

It has been recommended that the Principal Accounting Officer (PAO) needs to take steps to stop recurrence of similar irregularities year after year by investigating, fixing responsibility and taking action against responsible officers / officials and by taking remedial measures for improving systems and internal controls within the organisations.

For effective inventory management, it has been suggested to purchase material in accordance with the inventory demand. The management needs to take appropriate measures to transfer surplus material lying in one Disco to other Discos, if required and dispose of material, lying idle in different stores for years together as per disposal procedures.