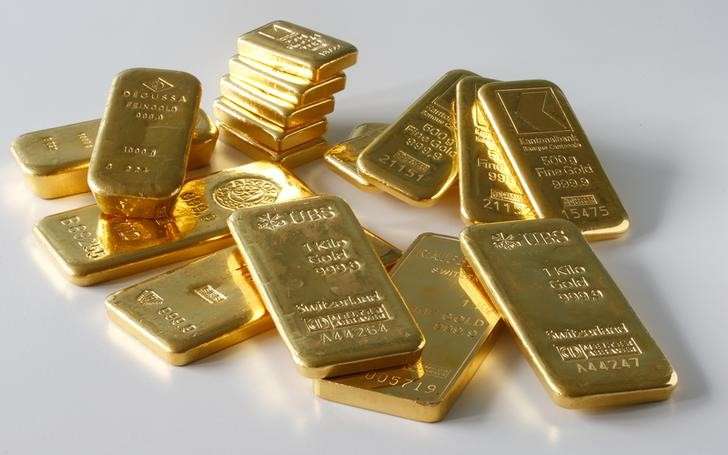 Gold holds steady near 3-month high ahead of U.S.

Gold futures held steady near the prior session’s three-month high in Europe trade on Wednesday, as investors looked ahead to key U.S. data later in the day to gauge if the world’s largest economy is strong enough to withstand further rate hikes this year.

Market players are also focusing on Friday’s U.S. nonfarm payrolls report. The consensus forecast is that the data will show jobs growth of 190,000 last month, following an increase of 292,000 in December, while the unemployment rate is forecast to hold steady at 5.0%.

A day earlier, gold rallied $1,131.50, the most since November 3, amid growing skepticism over the Federal Reserve’s ability to raise interest rates as much as it would like this year.

Market participants are anticipating just one more rate hike this year, compared with four according to Fed policymakers’ guidance. A gradual path to higher rates is seen as less of a threat to gold prices than a swift series of increases.

Prices of the precious metal are up 6% so far this year as retreating oil prices and losses in global equity markets underpinned demand for assets perceived as safer. Gold is often seen as an alternative currency in times of global economic uncertainty and a refuge from financial risk.

Also on the Comex, silver futures for March delivery dipped 2.4 cents, or 0.17%, to trade at $14.26 a troy ounce during morning hours in London.

Elsewhere in metals trading, copper edged higher, but gains were limited amid ongoing worries over the health of the global economy, especially China.

Copper prices declined 3% so far in 2016 as investors slashed holdings of the red metal amid persistent worries over an economic slowdown in China. The Asian nation is the world’s largest copper consumer, accounting for nearly 45% of world consumption.