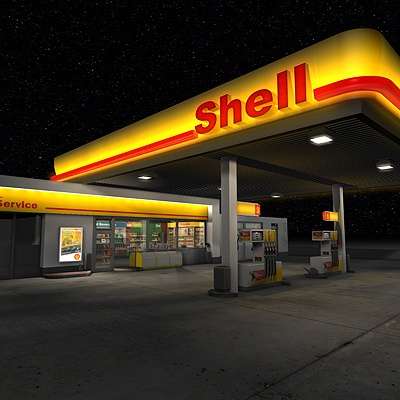 Eyeing what CEO Jawwad Cheema described as a “pocket-spent” share of the country’s growing consumer market, Shell Pakistan has started revamping the fittest of its 780 countrywide fuel stations to offer an exciting array of shopping choices to its customers.

Tuesday’s launch of Shell Select at Askari filling station at Rashid Minhas Road was a step forward in this direction. The country’s leading oil marketing firms is reopening its doors at Shell Select for customers to have an expanded range of convenience items. The store houses popular brands like Pie in the Sky, Cold Stone Creamery, Meat One and GreenO along with ABL and UBL ATMs for quick cash withdrawal.

Talking to energy reporters at the launching site, Cheema, Shell’s chief executive officer and managing director, said he cared less about a 0.5 percent drop (to 16 percent) in his company’s local market share. “You will always find us adjusting. We don’t see how much we have lost but that are we playing to our strength?” said Cheema, who was flanked by Shell’s General Manager Retail Mazhar-ud-Deen and Head of External Relations Seemi Saad.

The newly-appointed chief executive of Shell Pakistan has since 1997 been managing the global energy giant’s offshore business operations in different capacities in Indonesia, United Kingdom and Singapore.

Using words like pocket-spent market share, the Shell chief said: “It’s to be a monetized market share in areas we are good at”. Terming Pakistan as an economically-growing country of 180-200 million consumers, he said his company would keep expanding its retail operations in fuel and non-fuel related propositions as local regulatory environment kept going conducive.

He was all praise for the economic mangers in Islamabad who, Cheema said, were looking at the country’s energy industry in totality instead of taking independent piecemeal decisions. Well-illustrated to this effect, an upbeat Cheema said, was the government’s gradual push for importing “quality fuel” of 92 RON (research octane number). “(It reflects) government is looking at the energy sector as a whole”. To a query on Shell’s financial results, the MD said first six months of current year, 1H2016, saw his company’s profits accumulating to Rs 2.2 billion. “In the second half, we are expecting at least a repeat (of this bottom-line),” he told a reporter. About expansion, the Shell chief said about 15 more fuel stations would be added this year to the company’s 780-unit countrywide fuelling network.

Staying tight-lipped on investment allocation for the Shell Select pilot project, Mazhar-ud-Deen, General Manager Retail at Shell, said 20-plus of Karachi’s 70-80 filling stations would be revamped into customer-friendly Shell Select. “These are 20 plus sites which fit the profile,” CEO Cheema said adding “We are looking for expansion and good partners”.