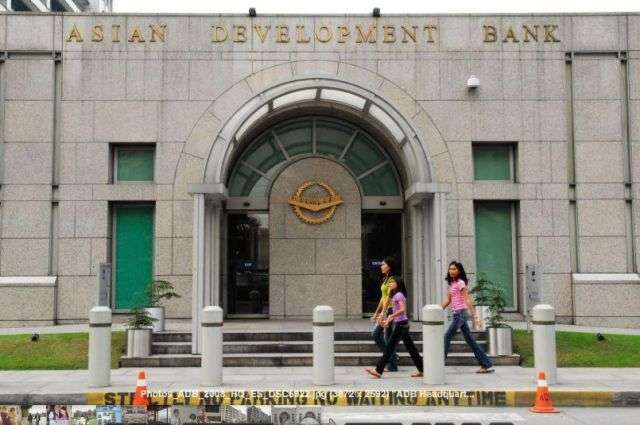 “Given the strong economic credentials of Pakistan and growth trajectory, the ADB is actively considering to increase its assistance in infrastructure, roads and railways, port facilities and energy sector in Pakistan,” the Ministry of Finance quoted Mr Nakao as saying.

He discussed with Prime Minister Sharif the government’s development priorities, ADB’s partnership and conveyed his condolences to the people of Pakistan for the tragic Quetta incident.

“While there are still key challenges to be addressed,” Mr Nakao said he was encouraged by the government’s resolve to stay on course with structural reforms to reduce the fiscal deficit and contain inflation to boost growth. “Continued progress depends on addressing remaining issues such as governance and security, reviving the agriculture sector, and increasing exports,” he said.

Mr Nakao appreciated the successful completion of the IMF programme, saying this was seen as Pakistan’s commitment to economic stability as evident from high forex reserves, single-digit inflation, and high growth projections.

The ADB president said tax reform initiatives have begun to improve revenue performance and there has also been progress in public enterprise reform, business climate improvements, and restructuring of the power sector, supported also by ADB and the World Bank.

Under an ADB country partnership strategy (CPS) 2015-19 endorsed in August 2015, the lender will support the government’s priorities focusing on infrastructure upgrades and institutional reforms. On an average sovereign finance for the last three years 2013-15 was $1.5 billion.

Six sectors are targeted under the CPS—energy; transport; agriculture, natural resources and rural development; water and other urban infrastructure and services; public sector management; and finance. The assistance for 2016 will amount to about $1.46bn, of which $737m has already been approved.

This is complemented by more than $360m of co-financing from bilateral and multilateral sources including funding for the M4 motorway with the Asian Infrastructure Investment Bank and the UK Department for International Development (DFID).

Projects in the energy sector comprise over half the ADB assistance to Pakistan. In 2015, ADB approved loan assistance of nearly $1.4bn for two energy sector programmes. Out of this the first tranche of $400m for a multi-tranche financing facility will help introduce an advanced electricity metering system for power distribution companies, while assistance of $400m will give budget support to reform policy and build an affordable and secure energy sector.

ADB is also helping to decongest Pakistan’s overburdened transport systems, upgrading highways and provincial roads to position the country as a future regional trading hub. Under the CAREC framework, ADB is working with Pakistan to expand its key north–south highway network to help boost the country’s trade and connectivity with other CAREC member countries.

In the social sector, ADB is assisting the Benazir Income Support Programme in reaching out to women beneficiaries through a cash transfer programme of $430m that was approved in 2013. It is helping Pakistan extend income support to poor families and the country’s most vulnerable groups.