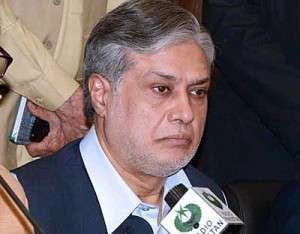 Ambassador of Argentina calls on Finance Minister of Pakistan

The visiting envoy shared with the Finance Minister, the current profile of Argentinean economy and the challenges faced by the government, particularly those relating to the economic situation. He said that the challenges were similar to the ones faced by Pakistan a few years ago. He lauded Pakistan Government’s economic achievements in the last three years and said that achieving an economic turnaround was a remarkable feat.

Minister Dar said that it was with dedication and continued process of reforms in different sectors that Pakistan has achieved macro-economic stability and is now treading on the path of growth, infrastructure development and employment generation. He said Pakistan would be happy to share its experience in economic and financial management with Argentina. He also assured the Argentine Ambassador of his full support and cooperation in the latter’s efforts for development of economic and trade relations between the two countries.