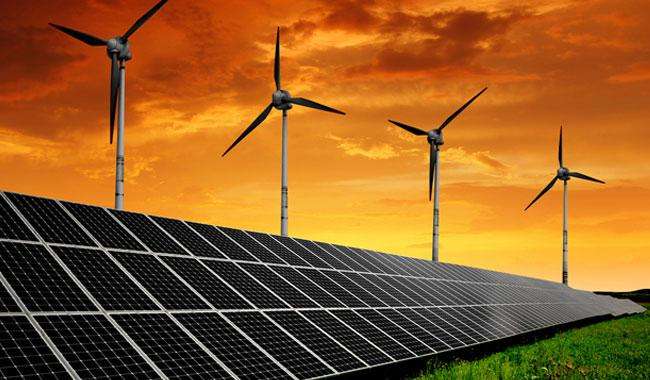 While two years of crashing prices for oil, natural gas, and coal triggered dramatic downsizing in those industries, renewables have been thriving. Clean energy investment broke new records in 2015 and is now seeing twice as much global funding as fossil fuels.

Analysts said one reason is that renewable energy is becoming ever cheaper to produce.

Zhenfa Pakistan New Energy Company (ZPNECL) plans to set up a 100 MW solar power plant in Punjab with an investment of$122 million.

The reason solar-power generation will increasingly dominate is that it’s a technology, not a fuel. As such, efficiency increases and prices fall as time goes on.

Pakistan gets twice as much sunshine as many European countries that use solar power. But the clean energy source contributes less than one percent to Pakistan’s energy mix, while its dependence on erratic furnace oil supplies causes chronic power cuts that idle industry and hurt growth.

The government has ramped up its target for solar energy as it bets on renewables to help meet rising power demand and overcome the frequent outages that plague south Asia’s second largest economy.

The wind power program in Pakistan was initiated around 10 years ago through installation of wind measuring stations in the coastal areas of Sindh, Pakistan.

If harnessed adequately, wind energy alone will eradicate energy shortages in the country. The country’s power demand and supply gap has widened over 4,000MW.

The government is currently looking to build wind farms to supply electricity to the locations disconnected from the national grid.

Moreover, Premier Industrial Chemical (PICMPL) has planned a 07 MW coal/rice husk based cogeneration plant in Punjab with an investment of $200 million.

Solar and wind power, especially in developing countries, are driving spending higher and last year for the first time renewables made up more than 50 percent of new electricity capacity plans, the Frankfurt School of Finance report in March this year.