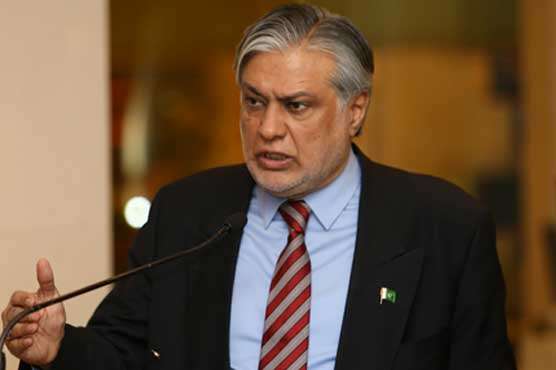 Finance Minister Ishaq Dar Thursday stated that Pakistan has issued sukuk bonds to borrow $1 billion from international market as debt repayments liabilities are fast approaching and foreign earnings especially through exports are shrinking. Speaking at a news conference arranged to announce the decision, Dar said sukuk bonds have been issued for a period of five years at a return of 5.5 percent against an indicative interest rate of 5.75 percent for a period of five years by mortgaging a portion of Lahore-Islamabad Motorway.

The minister claimed foreign debt taken would have no negative impact on fiscal deficit, and overall debt as it would reduce local debt of an equal amount. The Minister stated that amount would be remitted to Pakistan by Monday. The government is aware of the approaching debt repayment and had debt repayment plan of next five years in the mind and would also provide an incentive package to increase the country””s exports.

The minister insisted that fast approaching debt repayment obligation would not bring current account under pressure as ””appropriate”” arrangements have been made. The minister maintained that bids of over $2 billion were received for sukuk bonds, however, “we decided after discussion to issue $1 billion and the amount would be transferred to Pakistan by Monday. Road shows were organized by two teams with one headed by State Bank of Pakistan (SBP) Governor and other by Secretary Finance in Dubai, London and New York and were completed in close co-ordination with five banks Joint consortium.”

Dar also claimed that Pakistan issued bonds at lesser rate than the interest rate of Sri Lanka and Bahrain despite their relatively higher rating and “having no tension at Line of Control.” He added 90 institutions were finalised in the bidding process for the transaction from 124 who have shown interest in the process.

The minister said the response was widespread with 38 percent from the European Union, 27 percent from North America and 27 percent from the Middle East and seven percent from Asia. Finance Minister denied report of a website that Pakistan would return gifted $1.5 billion to a Muslim friendly country and stated it was a “gift” from a friendly Muslim country to help Pakistan during difficult economic times. The Minister came hard on those spreading such speculations and stated that such rumours were damaging for Pakistan as well as hurtful for that friendly country.

Dar said the government would not compromise on the defence of the country and would provide Rs 40 billion for creation of additional 29 wings of security with 15 for North and 14 for Balochistan. He said there was a requirement of Rs 250 billion for the Zarb-e-Azb operation during the last two years. Dar expressed the hope that Pakistan””s economy would grow over 5 percent in ongoing fiscal year. The minister stated that on the proposal of State Bank of Pakistan, EXIM bank and Microfinance Company are being opened in Lahore and a proposal with respect to giving Printing Corporation of Pakistan in the control of SBP is under consideration. Chairman Federal Board of Revenue Nisar Muhammad Khan stated efforts are being made to bridge the gap of Rs 52 billion shortfall of first quarter in the second quarter. We have also cleared Rs 21 billion refunds up till April 2016.