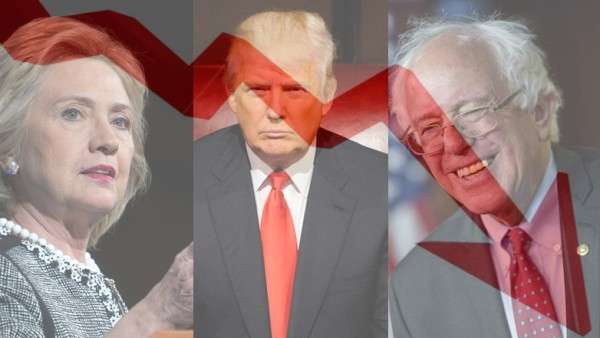 Why do some experts think the potential election of Trump — an ardent capitalist with legions of friends on Wall Street — would crash stock markets?

The most recent warning of an epic market crash comes from Wedbush analyst Ian Winer, who bases his assertions on some of Trump’s economic proposals. They include Trump’s call for significant tax cuts on high earners coupled with increased military spending.

Winer, talking with CNBC last week, said the U.S. economy would have to grow “somewhere between 8 and 9 percent…just to make us neutral.” That means greater deficits and increased financing costs, even as the Federal Reserve will likely keep rates below historic levels for the near future.

Add to that Trump’s plan to deport undocumented immigrants, which comprises roughly 11 million people. This mass exodus would not only be expensive to execute, but also costly to the bottom lines of companies that depend on cheap labor. Replacing undocumented immigrants with American citizens would, likely, increase payroll and cut into profit margins.

Put together these policies would cause such economic hardship, Winer claims, that the price/earnings ratio of the S&P 500 would drop to nearly 11, and “that’s how you get to 1,000 on the S&P,” Winer says. The S&P 500, right now, is slightly above 2,000. Hence stock market Armageddon.

So, why exactly is Winner wrong?

Well for one thing, there is no complex algorithm he’s relying on to conclude that rising deficits, 11 million deportations, and rising tariffs must equal a market P/E ratio of 11. The stock market simply doesn’t work that way. It’s merely his guess.

Also, even if Trump is elected, there’s no guarantee he will be able to persuade Congress to take an axe to tax rates or dramatically increase spending on military (however that manifests itself), even if the GOP retains control of both chambers.

But here is the counter part of all

Wall Street’s long-time number one Washington analyst, Andy Laperriere explains why for the first time in his career he is predicting the stock market will plummet if certain candidates win the presidency.