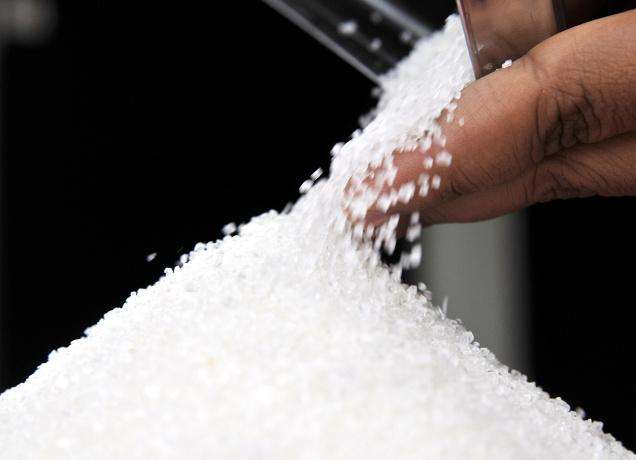 Export of additional Sugar quantity may be Allowed

The government is likely to allow export of additional 0.35 million tons of sugar on the plea that sugar stocks would be surplus on arrival of new crop, sources close to Secretary Industries told Business Recorder. A delegation of Pakistan Sugar Mills Association (PSMA) recently met the Commerce Minister Engineer Khurram Dastgir Khan and sought his help in payment of inland freight subsidy withheld by the Trade Development of Authority of Pakistan (TDAP) on one pretext or the other due to an ongoing inquiry in NAB.

The Association did not take up the issue of exports during the meeting with Commerce Minister but used other channels to seek permission for further exports. The sources said, during discussion in the ECC meeting held on September 23, 2016, on the stock position of various commodities in the country, it was stated that the reported stock of wheat as on September 20, 2016 was 9.49 million tons, which was sufficient for daily releases to the mills by the Provincial Food Departments and PASSCO.

The ECC was further informed that the total reported stock of sugar in the country as on September 7, 2016, stood at 2.57 million tons. It was revealed that the sugar stocks would be surplus on arrival of the new crop therefore there was a great potential to export the sugar after maintaining the strategic stocks. The committee maintained that in case the sugar export is considered it should not be more than 0.25 million tons in a single phase and after the said export, the Ministry of Commerce should again approach the ECC of the Cabinet to seek fresh approval for the next export amount, the sources said, adding that the total proposed quantity was to be around 0.35 million tons.

The Special Assistant to the Prime Minister for Revenue, Haroon Akhtar Khan, who is also a mill owner, stated that the stock positions compiled by the Cane Commissioners were based on the data provided by the sugar mill owners, which did not depict the correct position of the stocks. Therefore, the existing mechanism for determination of sugar stock positions made through the office of the Cane Commissioner required to be reviewed.

Secretary, Industries and Production Division, Khyzer Hayat Gondal, stated that there had been some complaints regarding compilation of the data for sugar stocks; however, the office of the Cane Commissioner was overall effective. He further stated that he would meet with the Pakistan Sugar Mills Association (PSMA) to remove anomalies (if any) regarding data provided to the Cane Commissioners.