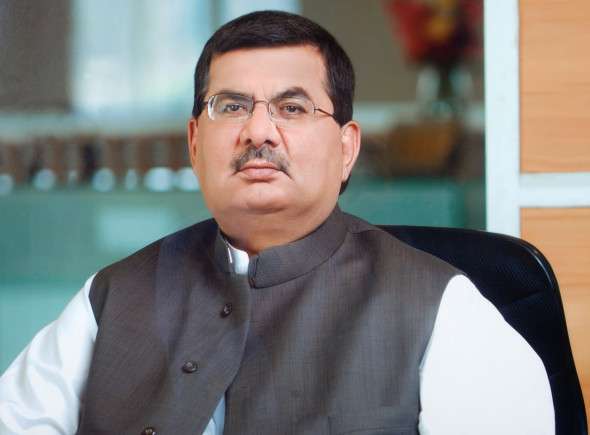 KARACHI: The Federal Investigation Agency arrested on Monday a top notch of capital market giant AKD Securities for causing a loss of more than Rs250 million to the exchequer by allegedly manoeuvring with the Employees Old-Age Benefits Institution, said a senior official.

The major arrest in recent months by the FIA came after its officials raided first the head office of AKD Securities in Clifton to pick its chief executive Fareed Alam and then the Karachi Stock Exchange to round up the company’s two directors – Tariq Ghumra and Mohammad Iqbal.

“The issue is around five-years old of 2010,” FIA Sindh director Shahid Hayat Khan told Dawn in a brief response. “The inquiry was launched late in 2013 that led to the findings that the EOBI made an investment of Rs350m in a textile company relying on a research report of AKD Securities. The AKD Securities report convinced them [EOBI] to invest that huge public money. It cost the exchequer around Rs290m.”

When referred to the functions of dozens of research and brokerage houses in the country that released research reports which often proved wrong and caused losses to individuals and business organisations, Mr Khan said there was a clear “manipulation” found in the AKD Securities-EOBI’s case.

“The inquiry into the scam was launched late in 2013 and things have started maturing now. The FIR was lodged on behalf of the state against 23 suspects, including Employees Old-Age Benefits Institution officials, senior AKD Securities men and Hina Dhedhi, daughter of Aqeel Karim Dhedhi, owner of AKD Securities. However, she has not been arrested yet,” he added.

Meanwhile, FIA investigators privy to the process cited the findings which claimed that the EOBI management acquired shares of the textile company, Amtex, worth Rs350m at around Rs19 per share in 2010 in violation of investment rules.

“We have found that AKD Securities prepared the manipulated research report and issued IPO (initial public offerings) of Amtex. Right now the Amtex share price stands at Rs2.5 causing a loss of Rs290m to the public organisation.

“The FIR against nominated suspects has been lodged under Sections 109 [punishment of abetment] and 409 [criminal breach of trust by public servant, or by banker, merchant or agent] of the Pakistan Penal Code and Anti-Corruption Act, 1947.”

Hours after the arrest Aqeel Karim Dhedhi, chairman of AKD Group, came with a strong reaction against the FIA Sindh director, his business rival Jehangir Siddiqi and founding chief of JS Group and secretary to the prime minister Fawad Hasan Fawad, and accused them of conspiring against his business group for personal reasons.

“I was aware of such things and I recently held a meeting with the prime minister to convey my concerns,” he said while addressing a press conference at the Karachi Press Club after raids on his offices.

“It’s ridiculous to blame that our research report led to that kind of corruption. If one goes through that report it can be found that our report suggested Rs9 per share price which was acquired by the EOBI at Rs19.”

Mr Dhedhi repeatedly termed the episode a conspiracy against his business group, but he did not reveal the objectives behind recent Federal Investigation Agency moves.

He said Jahangir Siddiqi, Fawad Hasan Fawad and Shahid Hayat Khan had hatched the conspiracy to tarnish the image of his business group.

“These elements are aggressively toeing their personal agenda in the name of law and the constitution.

“The allegations levelled against AKD Group are false and do not hold any logic or argument. We will raise our voice at every legal forum against this injustice and crime,” added Mr Dhedhi.

The Quick Version: Verily Magazine, a female-friendly mass media outlet, hits an energizing and good tone whenever speaking about matchmaking and interactions on the internet. The approach to life and fashion mag...