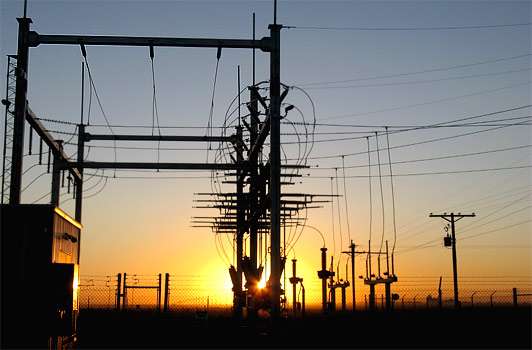 Independent Power Producers (IPPs) on Thursday refused to conduct a performance audit, claiming they were not liable to the audit under agreements signed with the Government of Pakistan (GoP) as the tariff was granted for 25 years.

The IPPs took this stance at a time when the Ministry of Water and Power was urging the power sector regulator – National Electric Power Regulatory Authority (Nepra) – to conduct the performance audit of IPPs to determine their efficiency levels.

In a discussion with the media, Independent Power Producers Advisory Council (IPPAC) Chairman Qasim Niaz said that IPPs provide all kinds of performance related data to Nepra every month, adding that there is no need for two regulators as the expertise of the Securities and Exchange Commission of Pakistan (SECP) are distinct.

During the question-answer session, one of the representatives of IPPs said that if during an operation, a fault appears in the machine and performance goes down, the government would not compensate the IPP in that case and the cost will be borne by the IPP, similarly, if efficiency increases, benefits should be reaped by the IPP as well.

“The issue of performance audit cannot rise as pre-set tariff was granted when the plant was established in 1995 in accordance with the technology. There is no provision that if we do some magic every day to show performance. We cannot change technology,” he added.

Commenting on the controversy regarding payment of Rs480 billion in June 2013 to clear the stock of circular debt due to which six or seven plants stopped operations, Qasim Niaz, a former bureaucrat, said that the National Transmission and Despatch Company (NTDC), which is now called Central Power Purchasing Agency – Guaranteed (CPP-G), conducted the pre-payment audit in accordance with the agreements between the GoP and IPPs.

In June 2013, the incoming government authorised the payment of Rs480 billion to clear the outstanding circular debt consisting of payments owed to various energy sector entities including IPPs, government-owned thermal power plants (Gencos) and oil companies for the fuel supplied to power plants.

He said that there was no need to conduct the audit of payments by the Accountant General of Pakistan Revenue (AGPR) as any such mechanism could delay payments to the IPPs, which require payment of claims to clear the dues of fuel suppliers as per contracts.

“Opting for a pre-audit by AGPR rather than the present specialised audit procedure would most likely delay payments thereby resulting in late payment charges by government as well as interruption in power generation by IPPs due to shortage of their working capital,” said the IPPAC chairman.

However since a controversy developed surrounding these payments, the Auditor General of Pakistan conducted a special audit and presented a report to the Public Accounts Committee of the National Assembly.

“Auditor General’s Office in this report mostly points to some irregularities in the procedure followed by the government while making these payments, there is no accusation of the payments being mala fide, undue, fraudulent or in excess of the contractual agreements with IPPs,” he added.

The basic objection highlighted by the report is that the payment of Rs342 billion for the settlement of circular debt without a pre-audit by AGPR was irregular. He said that out of the Rs480 billion, only Rs270 billion was paid against outstanding invoices of the 25 IPPs.