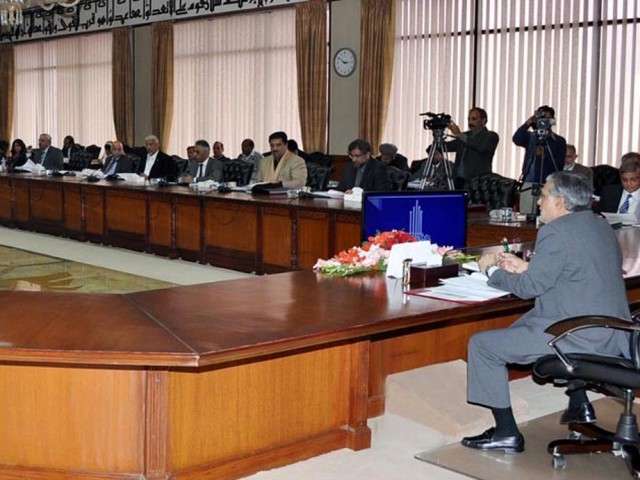 ECC considered and approved the proposal for transfer of Heavy Mechanical Complex to Strategic Plans Division (SPD)/PAEC. While giving approval the Committee emphasized that the said transfer would take place by ensuring the due process and that the rights of HMC’s employees would be fully protected. An amount of Rs.500 million was also approved to cover essential expenditure of the company /salaries till June 2016. Out of this amount, Rs. 253 million will be adjusted on account of salaries already paid to the HMC employees as per approval given by the ECC. The SPD/PAEC officials on the occasion assured the Committee that all efforts would be made to revive HMC to its maximum potential.

On a proposal submitted by the Ministry of Ports and Shipping, ECC accorded approval for the Gwadar Port Authority to proceed with the procurement of one of the three listed Chinese Companies through bidding process as well as preference for the use of the Chinese equipment, in accordance with the Framework Agreement, under section 21 of PPRA Ordinance 2002 and Rule 5 of the PPRA Rules 2004.

The ECC had detailed deliberations on the recommendations/report submitted by the Committee constituted under its directive last year to review the pricing mechanism for RLNG. The Committee comprised of Secretary Finance Division (Convener), Secretary Ministry of Petroleum and Natural Resources, Secretary Ministry of Water and Power and Secretary Law. The ECC approved the recommendations/report of the Committee and also gave consent for formally conveying them to OGRA as policy guidelines under section 21 of the OGRA Ordinance 2002.