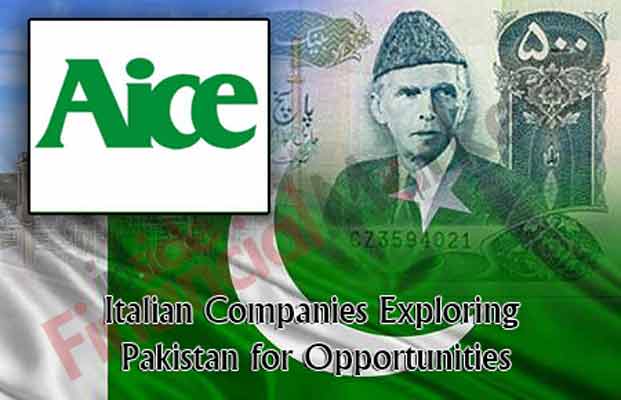 A New Turn – Companies in Italy searching for Opportunities

In his presentation at a seminar on ‘Doing Business With Italy’, he said over 76 per cent of Pakistan’s exports, mainly textiles and clothing, find their way into the European Union. He stressed on the need for increasing bilateral trade between Pakistan and Italy.

Italy offers its expertise in the fields of agriculture, machinery, leather, food, marble and stones as well as waste management equipment and packaging industry.

He said that Germany was the biggest trade partner of Italy followed by China, USA and Switzerland. The Netherlands and Belgium, despite being small, non-industrial countries are also important trading partners. In the case of Pakistan, we can look out for similar prospects, he noted.

Italy’s imports from Pakistan amounted to 500 million euros while exports came to 400m euros in 2014.

Consul General of Italy Gianluca Rubagotti explained visas were not issued based on connections. “Our embassy has a very pro-business approach. If you fulfill the criterion and documentation which proves you are a true businessman, you will get the visa,” he said.

He said the purpose of the event was to present the Italian economy and the opportunities it could offer to Pakistani businessmen.

The event was organised by the Embassy of Italy in Islamabad and the Italian Consulate in Karachi, in collaboration with the Italian Development Committee. The delegation of 50 Italian companies would hold business-to-business meetings on Tuesday and then move to Lahore and Islamabad.