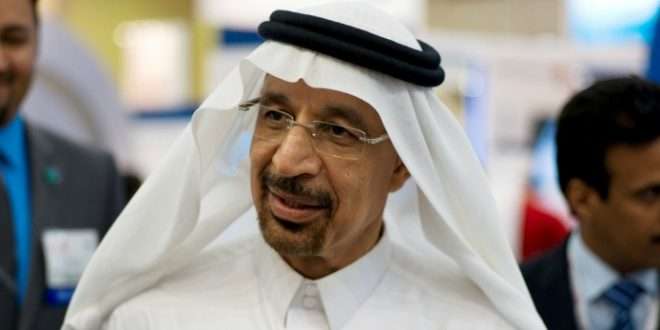 Oil market would balance even without output cuts

Saudi Arabia’s energy minister Khalid al-Falih said on Sunday that he believed the oil market would balance itself in 2017 even if producers did not intervene, and that keeping output at current levels could therefore be justified.

Under a preliminary agreement reached in September in Algeria, the Organization of the Petroleum Exporting Countries would reduce its production to between 32.5 million and 33 million barrels per day, its first supply curb since 2008.

OPEC oil ministers meet in Vienna on Wednesday in an effort to finalise that deal; OPEC also wants non-OPEC producers such as Russia to support the intervention by curbing their output.

Falih said on Sunday Saudi Arabia was sticking to its position on the Algiers agreement that everyone should cooperate.

Asked whether Saudi Arabia was keeping its output high in November at around 10.6 million barrels per day, however, Falih said: “The level of demand for Saudi crude is still high and very healthy.”

“Regardless of Saudi and its market share, I think if we look at it as an indication of the health and recovery of the oil markets, it is a positive sign that makes us optimistic about the market recovery.”

“I don’t think that we have one path only in OPEC meetings, which is cutting production – I think maintaining production at current levels is justifiable, taking into consideration the recovery of consumption and growth in developing markets and the United States,” he added.

Falih, speaking to reporters at the headquarters of national oil giant Saudi Aramco, did not elaborate on Saudi Arabia’s planned production levels.

A meeting between OPEC and non-OPEC producers was originally due to be held on Monday this week, but it was called off after Saudi Arabia declined to attend; Falih said on Sunday this was because no agreement within OPEC had been reached so far.