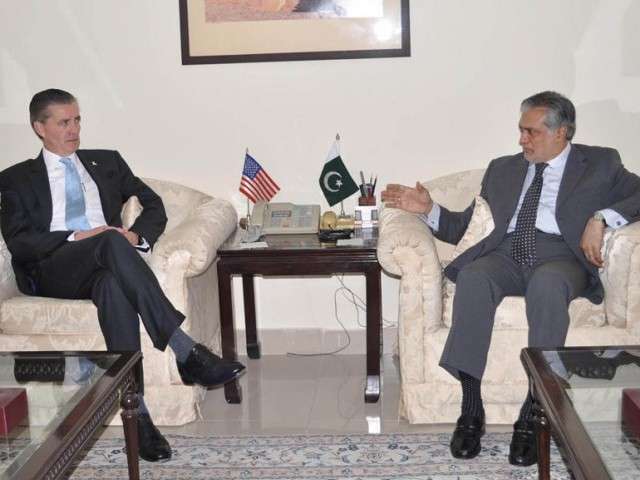 The US Special Rep on the occasion exchanged views with the Finance Minister on the issue of Afghan Refugees and efforts by Pakistan to streamline movement of goods and people across Pak-Afghan border.

Ambassador Olson extended felicitations to Minister Dar on the recent economic achievements, including record tax revenue collection and highest level of Forex reserves. He said these accomplishments had become possible due to the commitment and hard work of the Finance Minister and his team for strengthening the economy.

Ambassador Olson while discussing matters relating to the Afghan Refugees and said that Pakistan’s contribution in hosting the Afghan refugees was acknowledged and commended by the international community. He said that safe, early and permanent repatriation of refugees to their homeland was a priority. He expressed support for efforts aimed at strengthening Pak-Afghan bilateral relations.

Minister Dar said that it was imperative to agree on a detailed roadmap for safe and honourable repatriation of Afghan Refugees. He apprised the US official of his detailed interaction with United Nations High Commissioner for Refugees on the issue. He said that performance benchmarks needed to be put in place to ensure that the agreed timelines for repatriation can be met.